401Ks “suck”. But only in comparison to what they’ve replaced. And given that they are the standard today, you would be wise to make the most of your 401K, despite suggestions to the contrary. I’ll do my best to teach you how in this post. First, a little history.

Ironically, 401Ks were added to the IRS code in 1978 as a way to limit tax-deductible executive compensation. Up until then, and for a while after, defined benefit pension plans were the standard to help employees secure a comfortable retirement.

If you’re not sure what the difference between a defined benefit versus a defined contribution retirement plan is, I’ll summarize here. Defined benefit pension plans offer automatic payouts, mostly funded by employers, in retirement at pre-determined levels based on a formula that typically factors in your your salary and years of employment. A defined contribution plan (i.e. 401K), on the other hand, requires mostly employee contributions with no promised payout of future funds.

Sadly, 401Ks quickly mutated to become the go-to cheap alternative and pensions are going extinct in the private sector (although they are still going strong in the public sector and with union jobs). This shift pushed the burden of retirement savings from the employer to individuals. And the rest, as they say, is history.

Today, only 61% of employers offer a 401K, and of those that do, only 51% offer matching funds. On top of that, most people only save when required to, as evidenced by the average personal savings rate of only 5%. This is largely why the average retirement savings is so poor. In fact, 54% of workers in the U.S. have less than $25,000 in total savings and investments.

Stats like these have prompted early champions of the 401K to say that they’ve created a “monster”, which has become something they had not intended (like the consequences of elections).

While the average 401K match is not the greatest (at roughly 3.5%), a 401K match is the quickest and easiest way to boost your income that you will have. Most dollar-for-dollar plans match at 50 or 100% of your contribution. Where else could you get an immediate guaranteed 50 or 100% return on investment?

I’ve spoken with many people who have looked back upon their first decade or so of work only to regretfully realize that they missed out on tens of thousands of dollars in free matching funds and in the process have added years or decades to their working lives. Don’t let this happen to you.

2. 401Ks are Tax Deductible, so Contribute as Much as you Possibly Can

The 2023 maximum 401K contribution limit is currently a very generous $22,500 per year per person ($30,000 if age 50+ with the catch-up contribution). For an individual that tops out in the 32% tax bracket, for example, the standard maximum contribution could result in as much as $7,200 in tax savings per year.

Note that this applies to Traditional 401Ks, which I prefer because…

I have purposefully opted for the good ole Traditional 401K over the hyped-up Roth 401K. In my opinion, Roth accounts are overrated, and most people, most of the time, are better off with tax-deductible Traditional retirement accounts (there are exceptions, but they are far and few). There are too many reasons to list at length here, so check out that post if you are interested in more details.

Yes, passive index investing is boring, but that is precisely why it works (in addition to the notably lower costs that I’ll discuss in a bit).

The goal of the nonprofessional should not be to pick winners — neither he nor his “helpers” can do that — but should rather be to own a cross section of businesses that in aggregate are bound to do well. A low-cost S&P 500 index fund will achieve this goal.

If you do not have access to solid low-cost index funds, you could also…

5. Seek Out a Self-Directed Brokerage Option

Unfortunately, not all 401K plans are created equal. A lack of investment options plagues 401Ks.

Additionally, many 401Ks have funds with hidden fees. A mere 1% difference in 401K fees can reduce your retirement balance by 28% over 35 years.

One possible solution to this is to see if your employer has a self-directed brokerage option that you can switch to. This allows you to pick and choose from a full slate of investment options (ideally index funds and ETFs) versus only the ones your employer and 401K administrator have chosen.

Another solution is to…

6. Consolidate your 401Ks Into an IRA

401Ks aren’t like sub sandwiches. You don’t get your 11th one free. Research shows that having too many open accounts can result in lagging performance. IRAs typically have less administrative fees and give you more flexibility than 401Ks.

Once you leave an employer, you can roll over your 401K into an IRA. And if you have old 401Ks sitting around, it would be a good move to consolidate your 401Ks into an IRA.

7. Contribute as Early as you Can

$1 saved in your twenties can be the equivalent of $10 saved in your fifties, if invested over time. Actually, $10.06 to be exact – at an average annual rate of return of 8% on your investments over 30 years. Even if you factor in 2% annual inflation, you’d have 556% of the buying power for every dollar you save today.

There is always tomorrow, but you’ll never get back yesterday.

8. Don’t Rob your Future Self by Taking Out a 401K Loan (& Not Paying Yourself Back)

The cons of 401K loans usually outweigh the pros, and should only be looked at as a financial lifeline. If you do take one out, make sure you pay yourself back on time, or the penalties and costs are not worth it.

Did I miss anything? 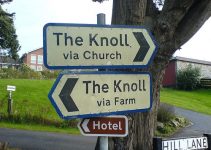 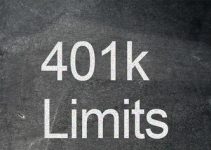 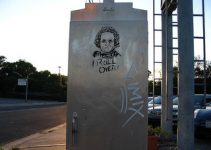