Consolidating your 401Ks into a rollover IRA has become an absolute necessity. Why? Most of us are collecting them like memorabilia.

There is no loyalty in the workplace any longer – from both employees and employers. The average duration of employment is typically less than two years. Specifically:

If you are a serial job changer from age 22 to 65, you could easily accumulate over 20 401Ks in your career!

Why you Should Consolidate 401Ks into a Rollover IRA

Rolling over a 401K does not count towards your IRA contribution limits and there are a number of good reasons to consolidate your 401Ks by moving them into a rollover IRA.

As of July 1, 2012, 401K administrators are now required to disclose all fees and the result should be eye opening for everyone.

Many IRAs have no annual fees. 401Ks do. Beyond that, there are often obscene percentage of 401K asset fees in 401K plans. Fees can be as high as 1.9% of assets annually but average about 1.3% for plans with fewer than 100 members, which account for 88% of plans

Check out my post with a list of online brokers for a complete list of IRA fees. My personal faves for low costs are Vanguard and Ally Invest.

If you have multiple 401Ks, each with annual or other administrative fees, it will eat in to your returns.

On average, 401K plans offer an average of 25 funds. In an IRA, you should have thousands of ETFs, mutual funds, index funds, stocks, bonds, etc. available to you.

Diversity is extremely important when it comes to investing – and 401Ks rarely provide it.

In the three employer’s I’ve been with since graduating, I have found the fund options to be a bond fund, small, medium, and large cap domestic growth and value funds, a REIT, and a token international fund and maybe a second set of each just so they can say you have choices. THAT IS NOT CHOICE!

401K administrators often receive a cut of each of the crappy, over-priced mutual funds they push to employers in the % of asset fees mentioned earlier. There is a conflict of interest there.

What about low-cost ETFs and index funds? And all the thousands that provide you more diversity, such as commodities, emerging markets, etc.? You will rarely find them in a 401K.

Getting a new employer’s 401K and logging in to find a buffet of 18 pieces of crap is kind of like a young child waking up on Christmas morning to find that Santa left him nothing but socks.

While some argue that too many options is overwhelming, I’m all about freedom of choice. That is why I even went so far as to switch my 401K to the elusive self-directed brokerage 401K.

4. Consolidation Gives you a Better Handle on your Investments

When you have multiple 401Ks, it can become extremely difficult to keep track of your investments and understand what your diversification is into different asset classes.

Consolidating those 401Ks into an IRA allows you to do just that and is one of the ways to optimize your 401K.

I’ll detail how to roll over your 401K into an IRA and possible downsides in the coming week. 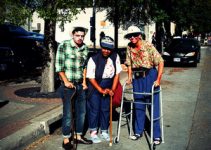 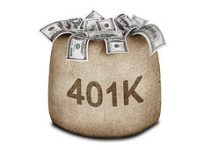 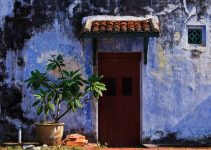