I haven’t done a 101 article or a retirement article in quite a while – so let’s kill two birds with one stone.

Most of us have seen the phrases “defined contribution plan” or “defined benefit plan” before – usually on an employment offer letter or explanation of benefits.

I would assume that most know that these eerily similar sounding terms are forms of retirement plans, but not too much more than that.

What what exactly are they? How do they differ? And what are the pros and cons of each?

As a job seeker comparing offers, it’s essential to know what both are so you can understand and compare benefits and negotiate non-retirement compensation, if necessary.

As an employee, it’s in your best interests to understand what type of retirement plan(s) you have and how to best take advantage of them during your time at that employer.

So lets take a look at each in more detail:

Definition: A defined benefit retirement plan is more commonly referred to as a ‘pension’. Defined benefit plans offer automatic payouts in retirement at pre-determined levels based on a formula that often factors in your your salary and years of employment. Other models include a payout based on your average salary over your final few years of service. Generally, the longer you work and the more you make, the higher your pension payout will be. The emphasis with defined benefit plans is the defined benefit, or future payout.

Purpose: Outside of being an attractive employee benefit, employee-sponsored defined benefit plans serve the purpose encouraging employee loyalty. If you have an attractive pension plan and a long-term financial view – you are much more likely to stay with an employer who offers a plan than one that does not – all else being equal.

Benefits: When reliably delivered as promised, defined benefit plans take the guesswork out of retirement. An employee knows what they are getting, it is managed for them by professional investors, and there is no investment knowledge or diligence required, both of which tend to be in short order from individual investors. As defined benefit plans have fallen out of favor or been traded for cash payouts, we’ll see more and more retirees with little money to cover their needs. Also – there is no contribution required – no need to take a cut of your salary to invest and hope for the best. Another benefit is that these funds are not available for employee withdrawal until a specified retirement age – so they are protected from early withdrawal and misuse.

Downsides: Defined benefit plans often require a minimum amount of employee service in order for that employee to be “vested”. This means that if they leave the company prior to being vested, they will not receive payouts.

As we’ve seen of late, defined benefit plan payouts are being cut because many have been mismanaged. Many workers put decades of time in with a company only to see what seemed like a 100% guarantee of payouts turn in to pennies on the dollar.

Private employer pension plans are backed by the Pension Benefit Guaranty Corp (PBGC), up to a specified dollar amount (which is not always as high as promised, with payout caps), and employers must pay insurance premiums in to the program. Oddly enough, public (government) pension plans do not have the same backing by the PBGC, so they could be at a bigger threat of reduced benefit payouts. Witness the Detroit bankruptcy.

History: Most employers offered defined benefit plans at one point, but they’ve been under attack in recent years. Private employers, who once viewed them as a retention tool necessary to attract and retain employees, now view them as a threat because they can become extremely costly to maintain and fund if market performance suffers. They also see them as an easy cost cutting target now, because of their increasing rarity – it is no longer a competitive disadvantage to not offer them to employees.

Other Notes: Social Security is a type of defined benefit plan (taxes are technically not considered contributions). So in a sense, everyone who participates and earns an income in the United States has at least one defined benefit plan they are participating in. Social Security requires a 6.2% employee and 6.2% employer tax on up to a maximum of the first $147,000 in income (2022).

Purpose: Defined contribution plans are available to give individuals access to present or future tax advantaged retirement savings. When sponsored by an employee, they are cited as a competitive benefit.

Popularity: Sadly, only 60% of the population has access to a defined contribution plan. And only 40% of the population participates. This is a huge problem, considering that private-sector defined benefit plans are going extinct and there are legitimate threats to Social Security.

Benefits: When used and managed properly, defined contribution plans give individuals the ability to put aside significant retirement savings that they own. Benefits cannot be cut at a later time – in other words – what you have in the account is yours. With that comes a lot of freedom to manage the funds as you see fit.

Downsides: With freedom comes responsibility (or lack of it). As highlighted, even though 401Ks have become the primary defined contribution vehicle, only 40% of the population participates in one. Participation is not mandatory. And when people/employers aren’t forced to put money aside for the future, they usually don’t. Even when they do, the success of these plans is dependent on the returns of the investments that are chosen within them. Since most individuals do not understand how to invest, there is great potential for funds to be mismanaged. If mismanaged, the result could be little to no savings for retirement. There is also the potential for early withdrawal (often taxed and penalized) and misuse of funds for non-retirement purposes.

History: Defined contribution plans, in the form of 401Ks did not exist until the early 1980′s. 401Ks were originally added to the IRS code as a way for companies to offer additional retirement benefits to high ranking executives, above and beyond their defined benefit pensions. Ironically, they have gone on to replace pensions.

401Ks aren’t the greatest, but there are ways to optimize, improve, & get the most out of them. 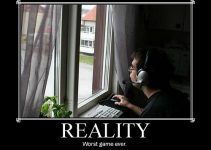 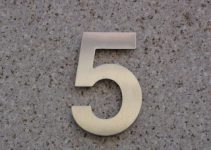