Oh, if only Warren Buffett had a blog – for now, you’ll have to settle for me, and Buffett’s annual shareholder letters…

A few days prior to the Berkshire Hathaway annual meeting where he releases said letters, Warren Buffett (quite arguably the greatest investor and businessman of all-time) gave a sneak peak of his 2014 shareholder letter with a few new nuggets of wisdom that each and every one of us can benefit from – from beginners to pros (although I think beginners can particularly benefit from it).

Now, before you stop reading because you have a fear of investing or find it too complex, note that Buffett’s advice couldn’t be more simplistic, and he even provides an investment pick.

To set the stage for his advice, Buffett first discusses two real estate investments that he made a few decades ago:

In both cases, he had determined the current and future value of the properties by the earnings they could produce, they’ve produced significantly more value as time has passed, and he still owns them today despite multiple panicky markets and a few burst bubbles.

The examples show a few of Buffett’s guiding investment principles, in practice:

On the first point about valuation, he then goes on to admit,

“Most investors, of course, have not made the study of business prospects a priority in their lives. If wise, they will conclude that they do not know enough about specific businesses to predict their future earning power.”

What are those who haven’t made business valuation a priority to do?

“The typical investor doesn’t need this skill. In aggregate, American business has done wonderfully over time and will continue to do so (though, most assuredly, in unpredictable fits and starts). In the 20th century, the Dow Jones industrial index advanced from 66 to 11,497, paying a rising stream of dividends to boot. The 21st century will witness further gains, almost certain to be substantial. The goal of the nonprofessional should not be to pick winners — neither he nor his “helpers” can do that — but should rather be to own a cross section of businesses that in aggregate are bound to do well. A low-cost S&P 500 index fund will achieve this goal.”

I have come to a similar conclusion in my own approach to investing. Low cost passive index investing is seemingly the best option for most of us. Most professional investors/insiders can’t beat the returns, so how can you expect to? Ironically, Buffett’s Berkshire Hathaway has trounced the S&P 500’s return over the last 2 decades.

He later, indirectly, gives more specifics on what he would invest in were he a regular Joe/Jane, when explaining what he will tell his trustee to do with his estate,

I’m going to one-up Buffett on this one. VFINX has an expense ratio of 0.14%, which is insanely low by most measures. But the identical Vanguard Admiral Shares version, VFIAX (which requires a minimum $3,000 investment), has an expense ratio that is less than a third at 0.04%. The ETF version, VOO, also has a 0.04% expense ratio, however, no investment minimum (and it trades for free if you have a Vanguard account). For more info, check out my VOO, VFINX, VFIAX comparison.

I also think it would be wise to diversify a bit more and invest internationally versus being focused only on American companies with the S&P 500 (even if many have international business operations). Just as you wouldn’t want to put all your money in one stock, why put all of your money in one country’s economy? I’ve provided some further thoughts on international stock diversification in the past.

The second part of the equation is when you should invest. He ties this back to his farm story:

“accumulate shares over a long period and never sell when the news is bad and stocks are well off their highs… ignore the chatter, keep your costs minimal, and invest in stocks as you would in a farm.”

Great advice. In fact, Warren Buffett was bullish on the stock market back at its lowest of low points during the Great Recession. Those who had listened would be close to tripling their investment at those levels.

He wraps everything up with a huge shout out to the O.G. of investing, Benjamin Graham and his classic investment book (to which Buffett attributes most of his investing success), The Intelligent Investor,

“Of all the investments I ever made, buying Ben’s book was the best (except for my purchase of two marriage licenses).”

All-in-all, outstanding advice that would serve each and every one of us well.

What are your favorite Buffett nuggets of wisdom? 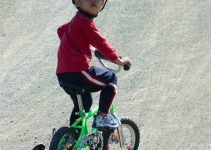 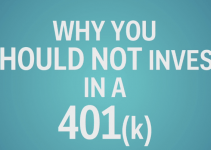