This is the fourth of a multi-part series on how to invest outside of a 401K. The whole idea for this series started when I was asking a group of about 30 co-workers if they invested outside of a 401K, and found out that zero of them did.

I later polled readers as to why they had not started investing outside of a 401k. And now we’re hitting each of the reasons why. The first part in the series dealt with the question of whether you should pay off debt or invest. The second on how to start an online broker account. And the third on how to get over the fear of investing.

In this fourth part, we’ll discuss investing theory, particularly why I prefer passive index investing over any other investment strategy.

Now that you have an online broker account, you’ve funded it, and you’re armed with knowledge and motivation to not let your money sit in a hole in the ground, it’s time to get out there and trade like a pro!

The Market is Dominated by Institutional Investors

According to John Bogle, the founder of Vanguard, institutional investors own 70 percent of American corporations, up from 35 percent in 1975. An institutional investor is a person or group that manages a large pool of money – such as a hedge fund, mutual fund, pension, bank, or insurance company. Why should that matter to you?

An institutional investor’s job is to get good returns for the people who are giving them money to manage. As a result, they have resources available to them that an amateur like you or I do not.

We have none of that.

Even if we spent 40 hours a week studying every stock we wanted to trade in and out of, we’d still be at a disadvantage to them.

So don’t do it! To buy and quickly sell (trading) stocks, is like saying, “the price of these stocks, mostly determined by institutional investors, is wrong and I know better when to buy and sell than they do”. While that may very occasionally be true, 99.9 times out of 100, it is  not.

From personal experience, I have tried an active stock-picking investment strategy and failed massively with it. Occasionally, I made some quick money. But, more often than not, I lost money, and whether I profited or lost, it was very stressful. I was watching that ticker go up and down multiple times every day, and my mood would swing based on whether a stock was in the green or red at that moment. Quite addicting. Kind of like gambling. And not a healthy way to live.

So, I’ve basically shot down stock trading. Kind of depressing, isn’t it?

Don’t let it be – there is a better way. It’s called passive index investing. And it’s not sexy or thrilling, but that may be just what the doctor ordered when it comes to making money.

To explain what passive index investing is, I’ll first need to explain what an index is. A market index measures the value of a group of investments, pooled together. Much like a mutual fund, it is a way to diversify through investing in a number of different securities (stocks, bonds, etc.).

For example, one of the more popular indexes is the S&P 500, which is a committee selected group of 500 large cap (market value) stocks, mostly domestic, that are meant to resemble the market as a whole. Another example of a market index is the Russell 2000, which includes 2000 small cap stocks.

You’ll also find indexes that measure different sectors of stocks such as international, health care, real estate, REITs, and just about any other way you can group stocks.

Passive indexing is investing in market indexes through one of two vehicles – an ETF or index fund. In their simplest sense they are both meant to diversify, track an index, and be a low cost alternative to actively managed mutual funds.

So how do they perform?

According to a massive report that looked at the last 20 years,

Nearly 94% of all domestic active stock fund managers had underperformed their respective S&P benchmarks in the past 20 years (through mid-2021). In U.S. small caps, 92.25% of active fund managers lagged the S&P SmallCap 600 benchmark. Even active management’s record in foreign markets over the past 20 years raised red flags. Inquisitive investors might take note that slightly more than 92% of international stock fund managers weren’t able to beat their respective S&P indexes.

This has historically almost always been the case. Mutual fund managers are humans, just like you and I. Even though they have more tools and resources available to them, they are still prone to error and making subjective emotional decisions. They are good, but are they as good as the market as a whole? Not often. Despite this under-performance 70% of U.S. fund assets are still actively vs. passively managed.

I’m obviously a fan of index investing. You’re free to make your own conclusions and invest how you see fit and your mileage may vary on how this strategy performs (in other words, invest at your own risk and get the opinions of others). However, index investing has some clear advantages that you should consider: 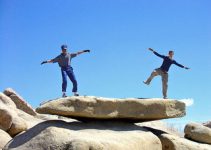 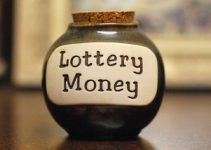 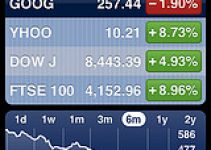