Vanguard recently announced that over the past six months, they have reduced expense ratios for 200 fund and ETF shares amounting to aggregate savings of about $215 million.

That’s $215 million more in investors pockets (or, hopefully, accounts), when they probably didn’t even need to cut their fees because they were already the lowest in the market.

Who does that? (not the announcing, but the continual fee lowering part)

Vanguard’s fees were already the lowest in the industry at an average expense ratio of 0.18%, or less than one-fifth that of the 1.01% industry average. But they have reduced them further by a whopping 50% over the past five years, to an asset weighted average of 0.12%. 0.12%!

Yet, they just keep lowering them again and again. And as a result, all other financial institutions have been forced to lower their expense ratios as well in order to be at least somewhat competitive (most are not) with Vanguard.

Is this some kind of sick joke? Why would a ‘Murican company rob itself of guaranteed profit?

It all goes back to 2 key differences versus other financial institutions that I highlighted in my Vanguard review,

There are two things that set Vanguard apart from just about every other investment firm on the planet:

There are many online brokers out there, and some present a very good case of why you should invest with them instead of Vanguard (i.e. lower trading fees on non-Vanguard ETF’s or stocks). However, I haven’t found a good reason as to why you would want to invest in mutual funds or ETF’s that don’t carry the Vanguard name. And I don’t see that changing anytime soon unless a competitor to Vanguard comes along with a similar philosophy, organizational structure, and costs.

There is a reason why Warren Buffett once shared the following advice in a shareholder letter, when explaining what he would tell his trustee to do with his estate,

It’s worth noting that I don’t get paid to write about Vanguard – I just like them that much. And you should too. 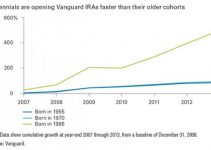 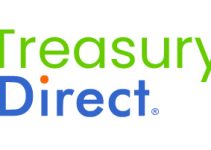 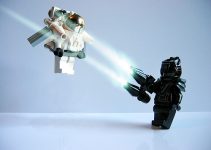