In case you missed the big (yet under-the-radar) investing world news, Vanguard announced they are increasing its international equity allocation in their Vanguard Target Retirement Fund and Vanguard LifeStrategy Fund products.

International exposure provides valuable diversification benefits. Vanguard evaluated a number of factors, including worldwide market cap, home bias, costs and others, in determining the right mix of U.S. and international stocks and bonds.”

These allocations are based off of their intensive research and findings that they produce in their Balancing Home Bias and Diversification report, which is absolutely worth a read for any aspiring or seasoned investors.

Why is this such big news, you might ask?

Vanguard is the biggest financial services company in the world and their set-it-and-forget-it Target Retirement fund lines present some of their most popular funds – and a ridiculous amount of assets under management (which Vanguard charges an expense ratio on and makes its living from):

That’s a lot of money (and reputation) on the line. And Vanguard’s reputation is its biggest asset of all. It’s why they have grown so much as a company. Because of that, Vanguard doesn’t make this decision without looking at every angle:

Such changes grow out of an approach that embraces a wide range of expert perspectives including portfolio construction research, input from consultants and retirement plan sponsors, and analysis of investment behavior. Changes are only implemented when long-term investor benefits are clear.

International holdings are a valuable diversifier in a balanced portfolio, giving shareholders exposure to return streams that don’t move in lockstep with the US markets. It has become easier to capture these diversification benefits as the costs of international investing have decreased. We carefully debate the merits of proposed changes to our Target Retirement Funds and other funds-of-funds, and make them when deemed to be in the best, long-term interests of our clients.”“

What do I take from this?

If Vanguard, with hundreds of billions of dollars on the line, is making this move, maybe you should think about doing so too (if you have not already). In fact, I hinted at such three years ago in my U.S versus International stock allocation conspiracy post. Back then, while all of Vanguard’s research was pointing towards a higher international stock allocation, they still weren’t willing to pull the trigger. Now, they have. And they wouldn’t have done so without much deliberation and forecasting for the future.

Vanguard claims the biggest benefit of a higher international asset allocation is diversification. Indeed, this is a huge benefit. However, we could go out an invest in potash and pork bellies if all we wanted was more diversification. I take this as more of an indication that they believe that international equities will perform at least as well (and probably) better than domestic in the years ahead.

On the surface, this would appear to be a contrarian view if only looking at recent past results. The U.S. market has been on a bull run for the last 6+ years and international equities have performed horribly. That trend has to reverse itself at some point. Water levels out. And better to be in front of than behind this trend.

Maybe Vanguard is wrong and U.S. equities will continue to pummel international equities for the decades to come. But I wouldn’t bet against them. 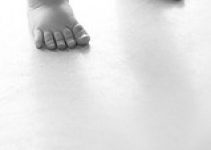 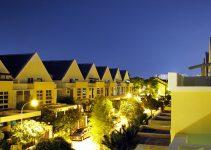 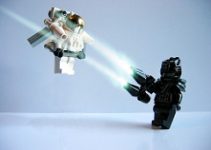