The reputation of passive investing through index funds and their ETF counterparts has been pristine in recent years.

In 2014, only 10% of active stock funds that focus on big U.S. firms beat the S&P 500 stock index. And this kind of under-achievement from actively managed funds isn’t just a one year trend. Burton Malkiel, professor of economics emeritus at Princeton University and author of A Random Walk Down Wall Street (now in its 11th edition after 42 years) has been studying active versus passive investing prior to even his first edition where he recommended passive investing. He had the following to say,

“Every time I update a new edition, typically every four years, I get the same results: A low-cost index outperforms two-thirds or more of active managers over time. And the one-third that outperform are never the same from one period to the next.”

Morningstar, an investment research firm, found that in 2014 U.S. equity funds lost $98.4 billion in outflows, while passive U.S. equity funds received $166.6 billion in inflows from investors. More and more investors are catching on that passive investing is the place to be – and the dollars are following.

Impressive change, however, in that very same report the following numbers REALLY jumped out at me:

That’s right – over 70% of U.S. assets invested in mutual and exchange traded funds are still in actively managed funds!

This begs the question: whyyyyyyy?

If passive index funds and ETF’s are so great, why doesn’t everyone invest in them?

I think there are four answers to that question – none of which are legit or good for the investor. Let’s start with the most common.

The Desire to Outperform Index Averages

I’m going to give a little personal story here that illustrates the mentality that leads to active managed fund investment. Prior to starting this blog, I was an avid believer in actively managed funds. And what better way to pick those funds than actual performance? So, I combed through fund rankings and found CGMFX – a focused actively managed U.S. mutual fund. Its manager, Ken Heebner, had been absolutely trouncing the S&P500 index over three and five year periods. CGMFX’s performance (in blue) looked like this compared to the S&P500 (in red):

My thought process at the time was,

“Wow, look at that! A 146% return versus the S&P 500’s measly 55% over the previous 3 years. Well, this guy clearly has a legit track record of consistently outperforming the market averages. And a 5-star fund ranking! He must know his stuff and have the winning formula. I want to outperform as well. A 2% expense ratio is nothing when you’re beating the averages by 30% per year!”

So I invested most of the little personal savings I had in CGMFX. Then this happened in 2008 and beyond…

The reality is that some managers beat the indexes some of the time (and get a huge influx of investments from those hoping to beat the averages), but then they come back down to earth. Close to none beat the averages consistently over long periods of time. Meanwhile, they’ve cashed in on your expense ratio fees.

Everybody thinks they are above average in most things in life – no less with stock/fund picking. I fell into that trap, when in reality, I didn’t know anything about investing at the time. Don’t make the same mistake.

Ever wonder why your 401K sucks?

It’s disturbingly simple. HR departments like to keep the administrative costs of 401K’s low, so instead of directly paying management fees they let the 401K administrator choose the investment options. The problem with that is that the administrator often will limit fund choices to the funds that are most profitable to them (often their own funds). With these agreements, the costs are shifted from employer to employee – just as they were with the shift from defined benefit pensions to defined contribution 401K’s.

Anecdotally, prior to my current 401K, my previous two 401K’s had less than 20 mutual funds and zero index fund options. Mrs. 20SF’s newest 403B is through Fidelity and 80%+ of the investment options are Fidelity mutual funds.

If your 401K or other employer-sponsored retirement offers little in the way of passive index funds, demand better.

Another reason why investors are still overly smitten with actively managed mutual funds is that they have a lot of marketing/advertising dollars behind them. Investment brokerages make more money through managed funds so they put more advertising dollars and spotlight behind them than they do their index fund offerings (Vanguard being the rare exception).

Many actively managed mutual funds work in advertising fees into their overall management fees. When you charge a 1%+ expense ratio, there is much more room for this than when you charge 0.1% for an index fund.

And the advertising works. How many “our funds beat their averages” ads have you seen or heard? They must work. It’s easy to highlight short-term results with actively managed mutual funds. And even if they did have dollars behind them, it’s much harder to advertise “performed to its index average” for a passive index fund. Bottom line: index funds have no sex appeal or marketing/advertising dollars behind them.

An advisor or broker who is not under fiduciary standard might earn undisclosed fees that could create a conflict of interest and taint his/her objectivity – with no requirement to disclose those fees and conflicts of interest. The only requirement for advisors/brokers not under the fiduciary standard is that a product be “suitable” for a customer – not necessarily “the most suitable”.

Yes – this is at the center of the White House’s call for an expansion of the fiduciary standard and the financial industry’s strong opposition to it.

If you work with an advisor or broker, ask them if they are under the fiduciary standard. If they answer “yes”, have them put it in writing. If they answer “no”, look elsewhere. And you should only work with advisors that charge by set fees. When choosing a financial planner, make sure you limit conflict of interest. 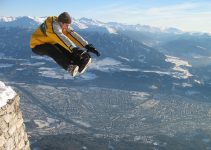 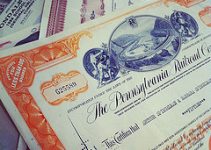 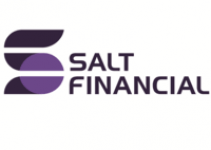