Occasionally a story of corporate abuse of customers, employees, the environment, or taxpayers comes along that is so disgusting, it can’t be ignored. The Mylan EpiPen, Volkswagen Dieselgate, and Amazon employee abuse scandals immediately come to mind. And now we have the Wells Fargo scandal…

Wells Fargo had long been a Wall Street darling, fooling even the likes of Warren Buffett into become a major shareholder (320 million shares), driven in part due to its sky-high number of accounts per customer. Well, let’s just say that their house of cards just came crashing down.

In case you’ve missed or only caught pieces of the news, I’ll try my best to summarize the timeline of events for you (readers: let me know if I’m missing any key deplorable details):

And If all that is not enough to get your blood boiling, it was just reported that Wells Fargo illegally repossessed 413 military service members cars.

I sometimes take flack for arguing for more consumer protections (and loftier penalties for bad behavior), but this Wells Fargo case is a prime example of not only why it’s a good idea, but it’s an absolute necessary component to a healthy and sustainable economy. There’s nothing I hate more than seeing the little guy get screwed.

This type of corporate abuse is criminal, and if hard working people can’t trust the corporations they give their hard earned dollars to (and the government to protect them), then our economy suffers. Not only that, but our communities and the social fabric that ties us together suffers.

And what about investors? Wells Fargo stock (WFC) is down over 18% on the year and the company has lost more than $20 billion in market value since this scandal broke. Think about all the individual investors that have been fleeced and lost confidence in investing because of this experience.

I get why corporations and their lobbies (and the politicians they give money to) advocate for less regulations and more legal protections for themselves. But what I will never understand is why private citizens rehash their talking points as gospel. Not all regulations are great, but most are there for a reason. The fact that this type of scam occurs on a regular basis is enough evidence that more, not less, common sense regulations and punishments are needed. If you feel otherwise, please tell us what you (or anyone other than the scammers) stand to gain from this type of fraudulence? Remember how close to the brink bad behavior from banks that led to the Great Recession drove us?

In the case of the Wells Fargo scandal, while Elizabeth Warren’s epic takedown of Stumpf in a Congressional hearing was satisfying, anything short of the following actions are not enough:

The fact that only the customer damages point has happened and/or is being seriously considered shows that we have a long ways to go to level the playing field for consumers. 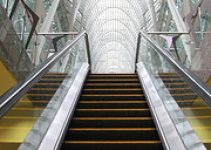 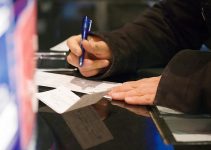 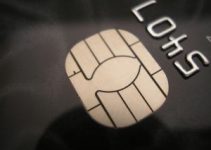