The recent “Bumpgate” incident (I prefer “Drag-gate”) from United, in my mind, is not too dissimilar from the situations that have led to Comcast and Epipen (among others) taking advantage of their customers.

All are systemic examples of what happens when unchecked capitalism leads to monopolistic control in an industry.

The three major U.S. airline carriers – United, American, and Delta are technically an “oligopoly”, which is defined as:

“A market form in which a market or industry is dominated by a small number of sellers (oligopolists).”

Each airport is typically a hub for 1 of these 3 airlines, and while there may be some direct competition between airlines between popular airports, most direct destination-to-arrival routes are dominated by one carrier.

When you have this type of environment, where oligopolistic companies have no true threat from customers to be able to switch, collusion and prices typically go up, while customer service goes down. Customers have a hard time switching, so customer satisfaction is not a top priority for the companies.

Fortunately, you do have some rights (and opportunities to profit) that you should be aware of, particularly when it comes to getting bumped from an overbooked flight. And it’s important to know what they are.

According to the U.S. Department of Transportation overbooking bumping compensation rules, if you are involuntarily bumped from an airline overbooking, in addition to a fully-compensated re-booking, you are entitled to the following additional compensation:

It’s also worth noting the policy on cash-value vs. vouchers: “Airlines may offer free tickets or dollar-amount vouchers for future flights in place of a check for denied boarding compensation. However, if you are bumped involuntarily you have the right to insist on a check if that is your preference. Once you cash the check (or accept the free flight), you will probably lose the ability to pursue more money from the airline later on.”

Gate agents or their supervisors should be able to issue cash-value gift cards or refunds on the spot. Don’t settle for flight vouchers.

Opportunities to Profit from Voluntary Bumping when Flights are Overbooked

Before it ever gets to that point, as noted, airlines have to first solicit voluntary bumps from passengers when they overbook. And here’s where you can opportunistically profit, as the airlines have a strong incentive to avoid further regulations on their bumping policies.

In light of the United debacle, Delta changed its bumping compensation policy by authorizing gate agents and supervisors to offer up to $9,950 (!) in compensation to passengers willing to volunteer to take a later flight in an oversell situation. Previously, gate agents could offer up to $800 in compensation, but now they will now be able to give as much as $2,000, while supervisors were capped at $1,350 and are now authorized to go as high $9,950.

In fact, one Delta customer and her family has already pocketed $11,000 in one weekend after the new policy was enacted. You could try to put together a strategy to profit, and some have, but those receiving voluntary compensation typically are as low as 0.3 to a high of 10 per 10,000 passengers per airline.

You can increase your chances for a voluntary bump by:

Since your chances are still rare, I’d strongly recommend loading up on lucrative airline card offers (Delta, United (if you dare), American, Southwest, Alaska, and others all have them) with huge sign up bonuses that can result in free flights. Then, if overbooking opportunities arise, be flexible to take advantage. 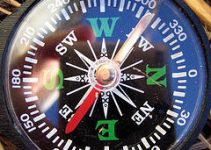 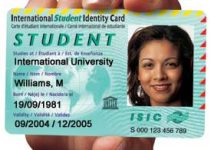