I’ve got a slightly different tech-insider take on the Amazon exposé that I want to share.

Yes, the conditions described in the very long and detailed New York Times Amazon work conditions piece are not pretty. But, Amazon is far from alone in cultivating this type of environment, and I don’t think the conditions described are for the reasons people think (namely, Jeff Bezos, Amazon’s CEO and founder, being a maniac). Side note: Bezos is by all accounts a saint compared to what the much beloved Steve Jobs was. Most importantly, contrary to popular belief, I don’t think Amazon or any company benefits from this type of culture and would be wise to snuff it out.

Before the New York Times ever broke this story, the writing was on the wall for Amazon. A year earlier, Gawker shared the personal testimonial of an Amazon warehouse worker, and a day later of a white collar corporate worker. That press should have been a warning sign that more was on the way.

The New York Times picked up where those stories left off and took it to the next level by interviewing over 100 former and current Amazon employees to get their views on working for the company. Their testimony describes a culture where you are expected to put in 80+ hours a week, take no true weekends or vacation time, de-prioritize your family and health, answer emails at all hours, politic and back-stab just to keep your job, and get burned out almost immediately. In other words, in exchange for compensation, the company owns you.

Bezos immediately responded that this is not the Amazon he knows. Maybe it is, maybe it isn’t. But that many people with similar themed stories is more than just coincidence.

The Employee as Commodity

It’s easy to blame the CEO when stuff like this comes out, and Bezos should not be absolved of responsibility. However, what’s going on at Amazon is not in isolation. It’s merely a symptom of a much bigger problem at tech companies and in corporate America today: employees are often seen as easily replaceable commodities to burn and churn and get as many hours of productivity out of as possible. And there’s a huge misconception that more hours = more productivity.

I’ve been in the high-stress tech industry, working for an indirect and sometimes direct competitor of Amazon for over 8 years. I’ve put in the 80 hour weeks. I’ve been on the brink of calling it quits a number of times. So I’ve been following this story very closely, can relate to much of what is being reported, and know many people in the industry who have been treated in similar ways. Here’s my take…

Amazon, Facebook, Google, Samsung, Netflix, Microsoft, LinkedIn, Twitter, Apple – much of their success comes from being early movers on key technologies, products, and services that there was a huge unknown demand for. The success of these companies has exploded, and there is immense shareholder pressure for these companies to maintain their torrid early growth rates, so management is poked and prodded to always produce more. With these companies approaching or surpassing 10,000, 20,000, 50,000+ employees, it becomes harder and harder to maintain high growth. As these companies grow in size, there are increasingly more levels of management. Each layer pushes on those underneath them. Every single manager in these companies wants to quickly ascend the ranks and capture the very handsome incremental rewards that come at each new level. What you end up with is a greed-driven, pressure-cooker, ultra-competitive bloodbath. The resulting turnover becomes so high that employees are viewed as commodities out of necessity. This is much of corporate America – not just tech.

Now, when Bezos and other CEO’s say, “This is not the company that I know” (as he has stated), I believe them. Politics mask the truth. Those who ascend into management are wonderful politickers and politickers are great at politicking. Each layer of management is going to paint a rosy picture upward while reaping as much gains as they can from those below. Managers and lower level workers are in constant fear of being ostracized for providing any sort of realistic criticisms upward. And without any union representation, they really have no individual or collective protections. Who is standing up for them? HR (the company’s internal law firm)?

Upper management could work hard at counteracting this by:

But they don’t – because they don’t know the full extent of the problem and if they do, they incorrectly think that turning a blind eye will lead to better financial results. That, and creating a positive culture is a lot of hard work.

One of Facebook’s co-founders, Dustin Moskovitz, had some interesting comments about the tech industry as a whole that I completely agree with (and think they can be more broadly applied to the rest of corporate America). Productivity naturally drops off the more hours you put in. Many still think you get a net increase in overall productivity, but Moskovitz and I disagree. Eventually, with burnout and dissatisfaction from your role, more hours will lead to lower productivity than a balanced 40-hour workweek. That productivity vacuum looks something like this, over hours worked:

Eventually, as burnout and stress sets in, you get less productivity out of 80-hour workers than you do out of well-balanced baseline 40-hour workers.

At the same time, call me old-school, but I still think experience and wisdom have value. Unfortunately, ageism in the tech industry is very real and a 22 year-old with no work-life balance is highly desired over a 30-year old with a family. 22 year-olds don’t argue with status quo either (alas, they too will eventually turn 30 and find their fate has changed).

This corporate sentiment is dead-wrong. There is no reason why an experienced 35 (or 45) year-old with a family can’t co-exist with an eager 25 year-old. That age and experience diversity in the tech workplace is extremely positive and under-valued. The fact that it is not leads to dissatisfaction and eventual turnover.

Additionally – productivity can be driven by fear (clearly the status quo at Amazon). But, recent research links happiness to productivity in the workplace. There are better ways to lead.

So what does Bezos think about the allegations against his company?

“I strongly believe that anyone working in a company that really is like the one described in the NYT would be crazy to stay. I know I would leave such a company.”

Well, I hate to break it to you Jeff, but they are. What’s the average length of employment at Amazon? One. Freaking. Year. Amazon retains new workers in part by requiring them to repay a part of their signing bonus if they leave within a year. As soon as they can keep that bonus (they’ve probably already spent it for therapy and anxiety meds), they are outta there.

“Attrition, people leaving, cycling in and out of this company, is completely consistent with other major tech companies.”

Ahh… thanks for hammering home my thesis, Jay.

Even if this statement is factually correct, it doesn’t pass as justification. There is a belief in the tech world that employees are easily replaced commodities. That mentality comes with significant costs. I challenge each and every tech executive to explain how this mantra is ROI-positive or in any way beneficial to the company. The average cost of lost productivity due to inexperience and learning curve, missed work time, recruitment, signing bonuses, training, and not long after, losing that employee has to be $100K+ in the tech industry. In some roles I have been in, I have seen it be as high as $10M+. It does not pay to constantly spin wheels just to fill cubes.

Amazon and other tech companies need to seriously ask themselves this question: “Could it be that our success is much more attributable to continuing to reap the rewards of our first-mover advantage and dominant market position than our misguided corporate culture? And could we be even more successful with a better culture?”

I think the answer to both those questions is a demonstrative, “HELL YES!!”.

Tech workers are much less happy with their jobs, but they are well compensated. The supporters of these types of work environments will often say something along the lines of,

“You know what you’re getting into when you choose to work there. You’re getting well paid. If you don’t like it, leave.”

But when this is the norm in corporate America (the tech industry has just taken it to the next level), where are they going to go? Why is the responsibility always on the worker to make things right by either forcing themselves to digest that bitter pill or pick up and move with the hope that they will have better luck with their next employer? Why do employees have to turn over their lives, rights, and dignity in exchange for being well compensated? Isn’t it enough to provide the company with a shitload of value and return on their investment in you?

It doesn’t have to be this way. There is no reason why corporate management can’t demand better. Happy, healthy, experienced, valued, balanced employees not only create the best culture and working environment – but they are the most effective and the best for their employer’s bottom lines. It pays to have a heart.

Corporate America, you can do better than exchanging compensation for the perceived right to own people and shit on them. Amazon was unfortunate enough to get called out for it. Your company could be next.

You have to do better. Because people can and will only take so much. Don’t be the problem – be the solution. 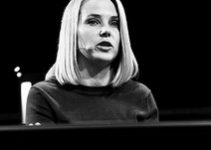 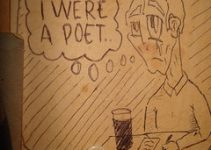 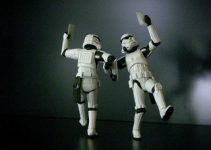