As I was thinking about all of the blood, sweat, and tears that went in to the United States labor movement that raised the bar for all workers and afforded most of us the luxury of spending this Labor Day with our friends and family, it struck me that I have never really gone in to great detail about my own employment history and how it has shaped my current viewpoints on the workplace.

Thankfully, I’ve experienced a little bit of everything in my career – blue collar, freelance, self-employed, state government, non-profit, private corporation, and a publicly traded Fortune 500 mega corp, and I think that’s given me a nuanced view of the workplace.

My background has strongly influenced my focus on this topic, so I thought we should go there and then share my thoughts on how we can all create a happier, healthier, better workplace.

Before officially joining the workforce, I was able to find enough generous neighbors to let me sit their kids, mow their lawns, shovel their driveways, and watch their pets (all kids and pets thankfully survived those experiences), to scrounge up enough cash for sports cards and video games.

In high school and in early college, I had the privilege of getting my hands dirty. Filthy, actually. I was a busboy at a pancake house (screw you, maple syrup!), a bagger at a grocery store (screw you, weak plastic bags!), and a paint crew member in the dorms of Michigan State University (screw you filthy college dorm room walls with 100 layers of paint!). Sensing a notable loss of brain cells from the latter, I moved on to my first desk job as a student worker with the State of Michigan Department of Treasury.

Despite graduating with a business degree from Michigan State University (and a 3.97/4 GPA), it took over 300+ applications to finally land my first job, making just $30k per year in a territorial sales job that did not require a college degree. Nine months in to that job, I was promoted to manage 5 people across 3 states, but decided later that week to take a pay cut (I think, because I never received a check as a manager) and change careers altogether by accepting an offer with a non-profit in fundraising and marketing.

Post 3 years with the non-profit, I decided to take a sales job with a publicly traded mega corp that is often thought of as one of the top employers to work for – and, 10 years later, I’m on my 7th iteration of that job.

Along the way, I’ve also had the self-employment experience of developing this here blog, freelance writing for earlier iterations of Mint.com and WiseBread, and even being a freelance private detective for a day (monitoring a guy who was a threat to gun down his ex-wife!).

Advice for Employers to Create a Better Workplace

I’ve thought long and hard about the workplace, having worked with so many different types of organizations. And in writing this blog, I’ve spent months researching and weeks writing dozens of articles about the workplace, what people like, what they don’t, what’s working, what’s not. A few key themes really stand out to me as near-universal that I would love to see all employers move towards.

Americans are overworked and need balance: Americans work more hours than other industrialized nations and have no maximum length of the work week (most countries do), we have no paid parental leave and are the only industrialized nation without mandatory unpaid leave, we have unfair rules on time worked for salaried workers, we are the only industrialized country in the world with no mandated paid annual leave (and even those who are lucky enough to get paid vacation are afraid to take it), and we are one of the few to have no law requiring paid sick leave. There is nothing wrong with working hard, but there have to be bounds and limitations in order for workers to feel like they have balance and control of their lives. Aim for productive flow, not constant high productivity, which leads to burnout.

Happy workers are productive workers: and fearful workers that are treated like commodities are not. Respect, trust, and autonomy go a long ways in the workplace. The old school management practice of leading by fear is counter-productive and should be rid from the workplace.

Loyalty in the workplace is mostly dead: but that doesn’t mean you should abandon efforts at it. Whether due to our short attention spans and boredom, the extinction of pensions and long-term financial incentives to stick around, massive pay inequality between the average worker and executives, cutthroat productivity standards, the ease of finding new jobs aided by the Internet, the decline of unions, the shift to a service economy, or some combo of all of the above – people just don’t stick around for long anymore (often to the detriment of both sides). I recently was confronted with a forced job relocation, despite being a top performer in the company. Most employers see financial gains and higher customer satisfaction when keeping experienced workers around and engaged. In order to do that, the focus needs to be on creating purpose and financial ownership for your employees. Employees will stay around as long as they can if they feel like they are getting purpose from work and are seeing the financial gain for their inputs (i.e. profit-sharing/company ownership).

“Enclosed private offices clearly outperformed open-plan layouts in most aspects of IEQ (Indoor Environmental Quality), particularly in acoustics, privacy and the proxemics issues. Benefits of enhanced ‘ease of interaction’ were smaller than the penalties of increased noise level and decreased privacy resulting from open-plan office configuration.”

As a voice for the over-stimulated, I want to emphatically state, “give us our damn offices/tall cubical walls back!”.

Give workers autonomy to get the job done when and where they want: if you are doing your job as an employer, you set reasonable expectations for your employees. And as long as you are doing that, and they are meeting them, and function is not dependent on time or location, then let them choose when and where they work. There are some days I want to be in the office, there are others I’m not and I’m 3X more productive from home. There are some days I want roll in at 11 am, there are others I want to leave at 3. But as long as I’m hitting my productivity metrics, who gives a damn?! I’d venture that this is fairly universal in the white collar workplace, if not every workplace.

Advice for Employees to Get the Most Out of the Workplace

On the employee side:

Look for employees that do much of the above. Job review sites like Glassdoor and Indeed allow you to get an employee perspective, and make sure to dedicate a good chunk of your interview to get answers to those questions (and ask to interview someone who is already working at the company in a similar role).

Focus on customers and co-workers: because it’s the right thing to do and you have to live with yourself. If all else doesn’t fall in to line, you’re probably not with the right employer.

Always be looking (for a better job): I know this may run counter to my advice above around loyalty, but there is no reason to remain loyal to a bad employer or settle for less than a living wage. Life’s too short.

Be opportunistic and flexible: most careers don’t finish where they start, and most workers don’t work in their field of study. Careers very seldom go as originally planned. You’ve got to roll with the punches, grab opportunities while you can, and be forgiving of yourself for screwing up now and then. Take the best job you can get – worry about the rest later.

If none of the above works, form a union.

And if that doesn’t work – there is always the self-employment route. 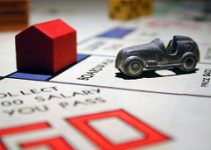 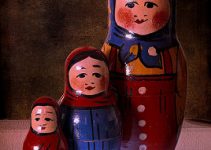 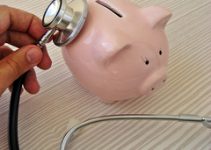