At times we all have to work jobs that are not exactly what we envision ourselves in at our career peak. Case in point, my first job ever was as a busboy for a Flap Jack Shack pancake house (damn you spilled syrup glasses!!!). Then, it was on to bigger and better things like bagging groceries, just to name a few of my minimum wage endeavors…

Maybe you need a summer job, if you are a student. Perhaps you are-entering the job market following time off. Or, maybe you’ve been laid off and would rather stay busy than collect unemployment and job search all day. Or it could be that you simply do not yet have the skills or education to land a job in a high paying profession. We’ve all been there.

The two most commonly turned to sectors to find a job, for folks in these scenarios, are retail and hospitality (primarily restaurant). Why?

Unfortunately, the last point often means that wages in these sectors are notoriously low, often hovering around minimum wage. Minimum wage is not a livable wage, and the result is that many of the employees in these sectors are in poverty, living off credit (building debt), or often working 2-3 jobs just to put a roof over their family’s heads and food on the table.

There has been a lot of debate about a federal minimum wage increase to more livable standards at $15 per hour, but the odds of that gaining traction with this Congress are not looking good. Your state may be a different story, as 20 of them already have minimum wages above the federal standard. If not, you’ll have to rely on good ole free market economics for wage increases.

Fortunately, many employers in these sectors have already taken the initiative to offer their employees a livable wage and the trend is growing. I’ll highlight the ones that I am aware of, and my hope is that you will add many more to this list.

For the job seekers – with this many options available, don’t settle for anything less than a livable wage for long.

IKEA: the Swedish-born furniture and assorted occasionally useful junk retailer just announced that they were raising their average minimum wage to $11.87 recently. The wages will be based off of MIT’s Living Wage Calculator (worth a look), for each geographic location IKEA is located in. The increase will impact half of its employees.

Costco: not that you really need more reasons to love Costco, but the fact that they pays cashiers $13 per hour (before overtime), should be added to your list. Oh, they also offer up company sponsored health insurance.

The Gap: The Gap raised the minimum wage for workers across all of its brands (The Gap, Old Navy, Banana Republic, PiperLime, and Athleta) to $10 an hour in June of 2015. The move impacted 65,000 workers.

WalMart: raised wages to $10 per hour minimum, impacting hundreds of thousands of employees

Trader Joe’s: Seeing a strong grocery theme here? Too bad there weren’t any Trader Joe’s, Costco’s, or Whole Foods when I was the best damn bagger in town. That money could have gone a long ways towards a ninja bike or something. Trader Joe’s employees reported an average hourly wage of $14 and starting wage of $9.

Ben & Jerry’s: entry-level Ben & Jerry’s employees make $16.92 per hour, which is based on the living wage in Vermont. This is more than double the federal minimum wage. That kind of makes the once every few years $5 for a pint seem a little more palatable, doesn’t it?

In-N-Out Burger: the California and Southwest burger chain with a cult-like following offers entry level wages of $12 an hour. Time to up your game McD’s.

Here’s the thing – if a company can’t afford to pay a living wage and still profit, it probably shouldn’t exist in its current form. It’s time to put an end to your reliance from taxpayers to subsidize your underpaid employee’s living expenses.

The thing is for those companies who don’t raise wages, you’re really just shooting yourself in the foot by suppressing wages. If your best and most experienced workers leave for greener pastures (believe me, they will at least try), your customer experience, employee productivity, and employee retention directly suffers. And those things have likely already had a huge negative impact on your bottom line. There is also something to be said for the impact on brand perception and where we spend our hard earned money. All of the businesses I listed here have something else in common (outside of being customer and employee friendly) – they are massively successful and have intense brand loyalty. Coincidence? I think not. 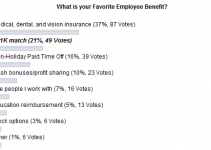 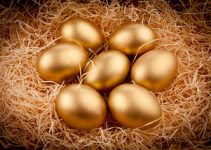 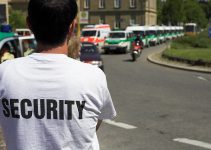