How much international stock exposure should you have?

It’s a great question. And I’ve been looking into my own foreign stock allocation lately.

In my research, I found Vanguard’s “Considerations for investing in non-U.S. equities” – an annual research report that looks in to the topic.

The report states that,

“Common advice recommended by most financial institutions is to allocate 80% into U.S. (domestic) stocks versus 20% into foreign stocks.”

Where did this “common advice” come from?

The reason often given is the “diversification benefit”, or the point at which any further allocation increase in foreign investments would not increase the diversification value.

Having 80% of all your assets in one country’s stocks is the peak of diversification?

I thought I’d take a common sense approach to the issue by looking at two key data points:

I can’t see two more relevant data points than this as it pertains to stock allocation, but I am just a naive amateur. Here’s what I found…

Percentage of the World’s GDP from the U.S.

If you’re not sure what GDP is, it is the market value of all officially recognized final goods and services produced within a country in a given period. In other words, what the economy of a given country actually produced.

Why consider this? Stock values can go up and down. They can be overvalued and undervalued. But what a country actually produces is much less subjective.

If we’re going to truly diversify based on actual economic activity, it may make sense to base your domestic versus foreign investment on actual GDP data.

Given the 80/20 recommendation, we will go in to this assuming that the U.S. GDP is roughly 80% of the world’s GDP.

How do the ACTUAL #’s shake out?

The total annual GDP of the world is approximately $63 trillion.

It turns out that U.S. GDP as a percentage of world GDP is approximately only 23%. This number would indicate that perhaps the reverse allocation 20% U.S./80% international would be more appropriate than the opposite.

On top of that, the percentage of U.S. GDP versus the world GDP is only declining every year.

Check out this graph from Google Public data that shows U.S. versus world GDP numbers over the last 50 years:

The world has seen almost exponential GDP growth, while the U.S. has seen slower flat-line growth.

How About U.S. Versus International Market Cap?

GDP is one thing. What about actual market cap value?

Market cap value is how much the total value of equities is actually worth. So this is a comparison of the share price value the publicly traded companies of the U.S. have produced as a percentage of total world share price value.

Let’s see what we come up with…

In the aforementioned Vanguard report, I found the following data point – “as of December 31, 2010, U.S. equities accounted for 42% of the global equity market”.

In other words, foreign equities accounted for a full 58% of the global equity market.

42% for the U.S. is certainly better than the 23% GDP number, but it’s still a far cry from the recommended 80% allocation. Heck, even the Vanguard Total World Stock Index fund has a 50% allocation in foreign stocks (vs. 45% U.S.).

At the end of the Vanguard study, despite looking at significant data that proved otherwise, Vanguard fell back on the 80% domestic (U.S.) to 20% foreign recommendation. Why? The “diversification benefit”.

The odd thing is, that they actually have a graph (figure 2b in their study) that shows the global market is actually less volatile than than the U.S. market alone. So investing more towards the 42/58 breakdown is less volatile, not more, as one may be led to believe.

Intuitively, this makes sense. Think of it this way. If you had a ton of stock in your company, would you want 80% of your net worth tied up in that stock? No, you’d be crazy! What if the company tanked, went under, or severely declined in value? You would probably realize that you needed to overcome your “homer” bias for your company’s stock because you know the company so well.

So why would you tie 80% of your net worth in to the U.S. economy by having a “homer” bias for U.S. stocks?

Why not get out and diversify?

What about Foreign Vs. U.S. Stock Performance?

That’s right, a global portfolio has historically beaten a U.S. focused portfolio, even over a period when the U.S. experienced vast economic growth.

My Conspiracy Theory View of the 80/20 Rule

My guess is that the 80/20 rule first became an investment meme at a time (most likely the 1970’s), when it might have actually made sense to have an 80/20 allocation based on total market cap and U.S. GDP vs. world levels. At that time, it was also expensive and difficult to find, research, and purchase international stocks. Today, that’s not even close to being representative of reality. So why has it persisted?

At some point, it may have transitioned to a planned conspiracy. Think about it for a moment…

How do the large U.S. financial institutions make their money? Mostly by charging a percentage of total assets fee.

If U.S. investors were to realize that the 80/20 rule was outdated and move significantly more assets to foreign stocks it would mean the financial institutions would:

I’m just not so sure it is safe for us.

Update: Vanguard has since increased its international equity allocation to 40% in their Target Retirement and LifeStrategy funds.

Disclaimer: I am not a financial adviser, just a contrarian and a bit of a conspiracy theorist. You can draw your own conclusions on how much to allocate in international stocks. 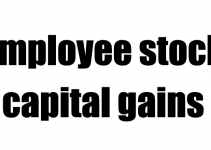 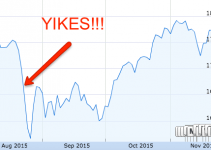 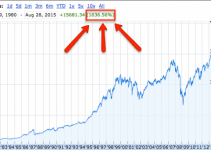