The health care industry is almost one-fifth of the American economy, and massively restructuring it impacts all of us financially in a huge way. So, I felt it necessary to assess the failure of the AHCA (aka “Trumpcare”) to pass, what it means for us, and where I hope we go from here to ensure the cheapest and best health care for all.

There is already lots of blame going around as to why Republicans (who now have a historically large 44-seat majority in the House) could not get their ACA (“Obamacare”) repeal and replace legislation passed last week, after 7 years of running for office on the promise to do so. Blame Trump, blame Ryan, blame the Freedom Caucus, blame Tom Price, I don’t care. Put the politics aside. If you’re looking for reasons as to why this failed, you need look no further than that the legislation was an absolute dumpster fire, strongly at odds with what the American public wants.

Not only would Trumpcare have failed to live up to the stated health care goals that President Trump ran on – “Something terrific, better care at a fraction of the cost, everyone will be covered” – but it would have had the opposite impact. Under the legislation, it was projected that,

In summary: worse care, massive coverage loss, higher premiums, higher deductibles, job losses, and tens of thousands of deaths each year. Not a winning combo, is it? But… at least the insurance industry, big pharma, and the top 1% of income earners would have gotten massive tax breaks at the expense of everyone else, and isn’t that what’s truly important? <shaking my head>.

In fact, tax breaks to just the top 400 income households alone were estimated to exceed total ACA subsidies in 20 states and DC and over 99% would go to households making over $500K per year (95% to those making $1 million+).

When all was said and done, a few Republicans had refreshingly honest Trumpcare post-mortems. Joe Barton (U.S. House, TX-6th),

“Sometimes you’re playing Fantasy Football and sometimes you’re in the real game. We knew the president, if we could get a repeal bill to his desk, would almost certainly veto it. This time we knew if it got to the president’s desk it would be signed.”

“Health care may not be a human right, but the lack of universal health coverage in a wealthy democracy is a severe, unjustifiable, and unnecessary human wrong.”

And even House Speaker Paul Ryan (WI-1st), who wrote the legislation with the White House,

“We were an opposition party for ten years, now we have to govern and it’s harder.”

Bottom line: if you create policy that harms more than it helps and pulls away something that millions of people rely on, you’re going to pay a political price for it. Republicans were not wise to raise this bill, but they were wise to pull it because the fallout would have been severe.

Trumpcare only had a 17% approval rating (far lower than the 50%+ that the ACA has seen lately) and more than 3X as many Americas disapproved than approved of the legislation. Republicans, Democrats, AARP, doctors, nurses, physicians, hospitals, and even conservative think tanks all came out strongly against Trumpcare.

Instead, it looks like Republicans will be going with a covert variation of option #2, as I had predicted.

What we Keep with the ACA

So, the ACA lives on. As with any major legislation, the ACA has its faults, but it’s working, and it benefits far more people than it hurts.

Two of the biggest things accomplished by the ACA that most are aware of is that it offered expanded Medicaid coverage to states that opted in and it created subsidized health insurance marketplaces, with subsidies going to households with income up to 400% of the federal poverty line. These 2 things combined have reduced the number of uninsured individuals by more than 20 million.

Healthcare inflation has dropped to lowest levels in recorded history and has remained under 2% per year since the ACA was implemented.

The ACA also does a number of things that I don’t think a lot of people knew about until recently that improve health insurance for EVERYONE (and sometimes you don’t know what ya got, til its gone, or almost gone). I’ll highlight a sampling.

Every insurance plan, at a minimum, must now cover 10 essential benefits:

Before the ACA, many plans did not cover most of these services. It’s possible your plan cost less than it does now, but if it didn’t cover anything legit and had all kinds of caps on restrictions (and you got booted off for getting sick), what good was it in the first place?

On that note, the ACA does all of the following amazing things for all of us that many of us don’t even realize or already take for granted:

Prior to the ACA all of this stuff existed in limited quantities, and many were left without care and/or in medical bankruptcy. It was a wild west free-for-all with the only winners being insurance companies. If you haven’t personally benefited from any of these rules, you will someday.

It’s also worth noting that the ACA is 100% paid for and self-sustaining (no budget deficit increases), and it extends the life of Medicare by 9 years. And the Congressional Budget Office now projects its cost to be about a third lower than originally expected, around only 0.7% of GDP (while the total U.S. health care expenditure is at 17.1% of GDP).

The ACA, in many ways, suffered in the public eye because it does so much that can’t be easily digested into 10-second sound bytes to counter the unsupported “Obamacare is a disaster” claims. It wasn’t a disaster for the 20 million customers who have a health exchange or Medicaid expansion plan under the ACA and who register an 82% satisfaction rate.

What the ACA has accomplished is very underappreciated and it has set a raised floor for what Americans expect from their government in health care.

How to Improve the ACA. And is Single-Payer Next?

With all of the nice things I’ve said about the ACA, it might come as a surprise that I’d scrap it all in favor of single-payer in a heartbeat.

If you’re not sure what single-payer is and why it works, check out this previous article I wrote. In summary: significantly lower costs through negotiation power and lower administration and overhead costs, and cutting out the middle man (insurance companies). We all pay for the country’s health care (including the uninsured) in one form or another – so it’s a sucker’s game to keep paying expensive middlemen with no negotiating power.

I believe that Trumpcare faced its ultimate demise and a mere 17% approval rating because people want more government solutions to health care, not less. I think a lot of people incorrectly assumed that the ACA would simply cover all of their costs and were disappointed to find otherwise. Trump made big promises on health care that many people trusted. And when they saw that Trumpcare would cover much less, at a higher cost, and take away valuable protections, its poll numbers plummeted.

The polls also back me up on the more government solutions point. In a recent Gallup poll, 73% of Democrats and even 41% of Republicans favored replacing the ACA with single-payer healthcare (note: for any voters who want single-payer, it’s important to understand that not one Republican elected official has stated they would be in favor of single-payer). I think those #’s would have been even higher if the choice was single-payer versus “nothing at all”.

People are very correct to want single-payer. Every major developed country in the world has single payer and they typically pay 50-60% of what Americans do, per capita, on health care (with better care results).

Because of this voter and party ideological disconnect, I don’t see single-payer in the near future anytime soon (even though Bernie Sanders just announced he will introduce legislation for it). For the time being, as Paul Ryan said in his defeat speech, “Obamacare is the law of the land”. So, how do we make it better? Here are the top 5 things I think our elected leaders could do immediately:

Andy Slavitt, who used to run the ACA, Medicare, and Medicaid suggested the following bi-partisan improvements that could be implemented immediately:

It took hundreds of years to get to the ACA – there’s no reason why we should neglect and starve it from here. We must move forward. Our elected leaders should improve the ACA and make it better for everyone until enough people demand a single-payer upgrade.

Action item: If compelled, call your Congressperson and Senators at 202-224-3121 and ask them to improve the ACA and support a move to single-payer. 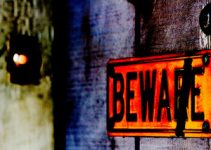 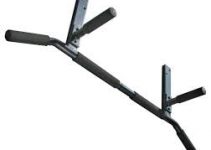 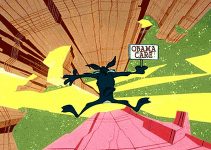