Update: a variation of what is detailed below was passed into law. I’m very interested to see how the new Republican attempt at tax reform shakes out. We should all be interested. Because if it passes, it will impact each and every one of us (and our country) financially for many years to come. The details are still being released, so I will update this post as needed, but I wanted to dig in to what has been shared already at this point from the Republican tax plan.

According to those promoting the plan, the promise of this plan is a middle class tax cuts, job creation, and no deficit increase. Do the numbers live up to those promises? We’ll take a look. But before we do that…

As you hopefully know from reading this blog, I’m a very fiscally conservative individual. And that personal fiscal conservatism translates to my view on how government should be run. Irresponsible tax cuts that blow up our deficit and are passed on to future generations are a real concern for me (as are $1 million in private jet flights in a few months time for a cabinet secretary). In my view, real tax “reform” should be a revenue neutral exercise, with no magic wand dynamic scoring pixie dust (aka “the cuts will pay for themselves due to economic growth”) non-sense.

I also believe – and legit economists agree – that tax cuts to low and middle income individuals are the most beneficial to the economy. It’s common sense, really. Put a few thousand extra dollars in to the pockets of a $50K income household and it’s almost always going to get completely injected right back in to the economy. Put a million dollars in to the pocket of a mega-millionaire, and most of it will end up in a digital vault and eventually passed along to an heir. Put a few hundred million in to the pocket of a corporation, and nearly 100% of it will be used to boost executive compensation and buy back company stock, both further enriching the digital vaults of those executives. There is a large body of evidence that shows that trickle down economics (giving breaks to the wealthiest in society with the promise that the benefits will magically “trickle down” to everyone else) – simply does not work.

With all this in mind, I tried to look at the ideas in the plan in a non-partisan light on an individual basis – what do I like, what do I not, what’s the impact going to be. Numbers. Data. Facts. Let’s jump in.

The most complete fiscal analysis out there, completed by the non-partisan Tax Policy Center, estimates that,

In other words – this plan, as is, would dramatically cut taxes for corporations, business owners, wealthy heirs, and those in the 39.6% tax bracket, while raising effective taxes for many of us (some by bracket consolidation, some through removing deductions on certain items), and adding a massive amount to the budget deficit and national debt. When you break it down by who gets the most benefit, it looks like this:

The same analysis found that the top 1% of income earners would realize 79.7% of all the tax cut benefit, while the top 0.1% would realize 39.6%. Sound a little disproportionate to you? This plan doesn’t live up to the promise of middle class tax cuts (in fact, it’s estimated that roughly a third of the middle/upper-middle class would see tax increases).

But there IS a name for this type of tax policy: “trickle down economics”.

Trickle down economics, is an ideology that keeps coming back from the dead (even if no one dares to promote it by that name any more), despite all the data showing that it doesn’t work. Case in point: Kansas. Kansas was absolutely ravaged by trickle-down policy, and has provided a real-life sandbox of what happens when you slash taxes on the wealthy and corporations and don’t replace that revenue in other ways. In 2012, the Republican Governor of Kansas implemented massive tax cuts to the wealthy and businesses, saying that new economic growth would result in the cuts paying for themselves and everyone would benefit with great new jobs (“trickle down economics”). This included sharp reductions in income tax rates as well as a large drop in the rate paid by small business owners that file their taxes individually, aka “pass-through” entities. Sound familiar? What has happened since then?

Now imagine this on a country-wide level, at a time when our infrastructure, education, and disaster relief capabilities are in shambles, and we have massive challenges in health care and an opioid epidemic. If that sounds like the kind of country you want to live in – you’ll love this tax plan – because the plans are eerily similar (in fact, the Kansas Governor has been advising the Trump administration on this plan).

Kansas is One (Big) Example, but what About Trickle Down Results Elsewhere?

We have plenty of data on this too.

The International Monetary Fund (a collaboration of 189 country governments, focused on economic growth) sharply concluded in 2015 that trickle down economics don’t work:

What about corporate tax cuts and jobs/pay growth specifically? According to a massive study on the topic that looked at the payroll changes at 92 publicly held U.S. corporations that posted profits every year from 2008 through 2015 and paid less than 20% of their earnings in federal income tax,

“More than half of these lightly taxed companies actually shed jobs during the period when the overall economy boosted payrolls by 6%. Of the 92 companies studied, the median change in payrolls was -1%. Where did the tax savings go? Many of the companies on the list used the free cash to buy back stock, helping to boost the price of their company’s shares. The top 10 job-cutters each spent $45 billion in stock buybacks over the 2008-2015 period, a pace six times that of the S&P 500 corporate average, according to the researchers. The review also found that CEO pay among the 92 companies rose 18% during the period, compared with a 13% increase among S&P 500 CEOs.”

AT&T enjoyed an effective tax rate of just 8% between 2008 and 2015, despite recording a profit in the United States each year, by exploiting tax breaks and loopholes. Despite the enormous savings AT&T has realized, the company has been downsizing and has reduced its total work force by nearly 80,000 jobs during that time frame. The company has also spent $34 billion repurchasing its own stock since 2008.

In other words – lower taxed companies don’t hire or pay more. If anything, the data shows the opposite. And they put all the savings in to enriching executives and keeping shareholders happy. Where is the evidence that makes the job/pay case for blowing a $300 billion hole in our annual budget? It doesn’t exist.

In fact, Reagan’s own tax policy advisor recently admitted that the entire premise of growth from tax cuts has been a lie, stating,

“In 1986 we dropped the top income tax rate from 50 to 28 percent and the corporate tax rate from 46 to 34 percent,” said Bruce Bartlett, a policy adviser in the administration of President Ronald Reagan. “It’s hard to imagine a bigger increase in incentives than that, and I can’t remember any big boost to growth.”

I’m at 2,600 words here – and could go on and on, but I think I’ve laid out my argument as to why this plan will hurt and not help our country. In summary, this plan would:

There are some pieces I like and some that need more info., but overall, it’s a giant shitburger.

What kind of tax plan do I think would benefit the country?

Do you like the Republican tax reform plan or my suggestions? Why or why not? 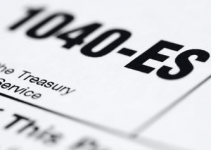 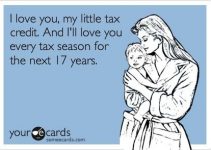 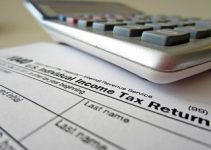