The mean household spend on electricity in the U.S. per year, is $1,472 per household. I live in mid-Michigan – home of the muggy, swampy summer (although nothing like the mid-south, I will admit). I still use air conditioning at night during the worst muggiest summer nights. I also don’t own any Energy Star kitchen or laundry appliances, and I have an electric dryer and dishwasher. I work with what was inherited when I bought the house. And my wife has been at home for much of the past year, studying for school and more recently working 2-day weeks in her nursing job. When you are home vs. at work, you generally use more electricity.

So I must be – what would you guess? A tad bit over that mean?

Not quite. My electricity spend over the past year was $689, a shamefully high number in my opinion, but just 48% of the mean!

I must be doing a thing or two right… so how did we get there and what are some quick wins that you can make to save on electricity?

I thought about this long and hard and distilled it down to 4 actions every first-world person can take that will lead to extreme electricity savings. And you don’t even have to buy any expensive new Energy Star appliances. Consider these mandatory exercises if you’re a reader of this blog!

1. Test Everything in your House that has a Plug, then Take Action

The first step to saving on electricity is knowledge of what’s going on around you.

I got this tiny energy monitor and measured everything in my house that had a plug to find out how much each appliance costs to power. Everyone on the planet should do this basic exercise, as a right of responsibility.

Test. Throw the numbers in a spreadsheet. And learn. It makes for an enlightening, fun, and easy 1 hour project.

I thought I was smart about electric use before I measured everything, but immediately found ways to cut my electric use, and the result was a 22% lower electric bill.

I was able to discover a number of gems to take action on, such as:

2. Unplug Anything that is not Running that Saps Electricity

As the energy monitor test will probably confirm, there is random stuff around your house that you rarely use that sucks energy. Here’s a list of some of the worst vampire standby power appliances. There is nothing more first-world wasteful than leaving this stuff plugged in, while not in use.

Unplug stuff, habitually. Like any habit, it takes a bit of work, but the reward is a clearer conscience and more money in your bank account.

3. Strategically Replace the Bulbs you Use the Most with LED Bulbs

Even though CFLs use just 25% of the energy of incandescent bulbs, they are yesterday’s news. LED is the way to go now.

LEDs use about 40% less energy than CFLs. They also last 25 times longer than incandescents (and from my experience, CFLs usually don’t last more than a few years either). And they don’t contain mercury, like CFLs do.

They appear a bit pricey on the surface, but with the huge energy savings, longevity, and warranties, LEDs are a huge cost saver. Consider it an investment. I like the Philips A19 LED bulb, which has similar light qualities and appearance to an incandescent, but one-tenth of the energy use and a cost of just over $1/each.

For kitchen use, I like these dimmable LED Bulbs to replace halogens. They use only 5W of energy each, but it takes just 3 of them light up my entire kitchen. Their prices have come down significantly – and they are long lasting.

Light usage makes up 25% of all electricity use in the U.S. still. Replace your CFLs and incandescents with LEDs in the lamps or lights you use the most (more than a few hours per day), and you will quickly make your money back.

4. Switch to a Central AC Alternative

I decided to run the math on the cost of air conditioning vs. a fan. If you assume that your central AC unit is running half of the day during summer months, it would cost $129.60 per month in electricity costs.

Alternatively, a switch to:

You could potentially be saving over $128 per month by putting up a ceiling fan in your bedroom. Even just installing a window unit in your bedroom so that you can sleep well would save you $78 per month and more if you only use it at night.

I’m big on comfort and being able to sleep well, but if you can make the switch and ween yourself off of AC on all but the muggiest of nights, the savings are monstrous. Depending on where you live, the difficult on this varies, but just about everyone can improve in this area. 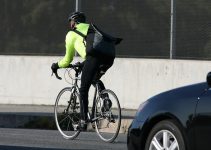 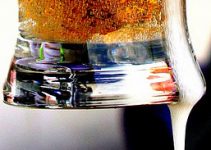