Roughly 10% or more of your electrical bill comes from appliances that you have ‘turned off’. Not angry yet? Try this: according to the U.S. Department of Energy, 75% of appliance energy use comes from when the appliance is turned off!

Not only is this a horrible waste in money, but it leads to massive carbon emissions that threaten our planet.

Let’s do something about this!

They are all fancy names for the same thing – electricity that is wasted while you are not using an appliance. And you might be surprised to learn what appliances fall on the list. Standby power is used to not only keep remote control powered appliances ready to receive a signal – which, in itself, might be a surprise to many people – but it is also used in some devices that you might never have expected. So which appliances are we talking about? Let’s start with the likely suspects.

In order to receive a remote control signal, appliances need to use electricity to be “on alert”. I’ll list the wattage used while ‘turned off’, if applicable, based on research done by the Lawrence Berkely National Laboratory on Standby Power.

The most common standby electrical vampire culprits that most of us would guess are:

This next category of electrical leaches are the ones that are not controlled by a remote, yet still, rather obviously, waste electricity:, but there isn’t much you can do about reducing that

Not So Obvious Phantom Load Menaces

And last, but not least (in electrical waste), are the appliances that you wouldn’t really expect to be using electricity while turned off and not even charging:

How to Stop Electrical Leaking:

You have a few options, in order to cut down on your electrical use on these products:

1. How much electricity are you wasting? Figuring this out is key. The Kill-a-Watt energy monitor is a nifty little device that tells you how much energy each of your electrical devices is using. You plug it into the wall and then your device into the monitor to get the readout. The goal in using the device is to figure out how much that electrical item is costing you if you keep it plugged in (on or off). This device will actually tell you exactly how much money you are wasting with each device. And how much CO2 as well. Ignorance is not bliss when it comes to wasting energy.

Update: I have since purchased an energy monitor device and found out how much electricity it costs to power each of my household devices.

Update #2: Using the knowledge gained, I was able to cut my electric bill 22% with the Belkin device!

2. Kill the big energy wasters: The Bestek Energy Saving Power Strip is a surge protector that allows you to control if your TV peripherals are getting electricity. You simply plug your TV into the control outlet and if your TV is off, it shuts down standby power to the other outlets so they aren’t draining energy while your TV isn’t even on. If it’s on, it turns on standby power. This could work on a computer too. It could save you $67 per year.

3. Unplug the damn thing! Reach down and unplug/plug in the device as you use it. Tough, I know.

I’d recommend using a combo of these two strategies. You could use the power strip in the three places where most of your appliances sit:

Everything else? Just get down there and unplug it! You’ll get a little extra exercise, waste virtually no time at all, and save a ton of money! 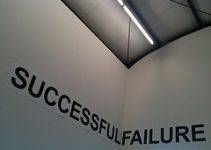 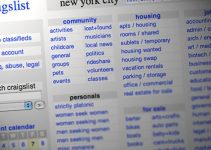 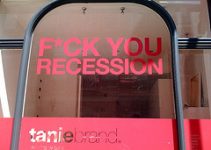