Update: the Obama era new overtime rules (detailed below) were struck down by a federal judge in 2017, but a version of it could be revived in the future.

The U.S. Department of Labor recently issued new overtime rules as an update to the Fair Labor Standards Act (FLSA) that could have an impact on millions of workers. You might be one of them, making this a critical update. If not, it’s at least good to know how this might impact a future job. Here are the basics on the new rules:

What are the New Overtime Rules?

Additionally, for the first time, employers will be able to count bonuses and commissions toward as much as 10% of the salary threshold.

The new overtime pay threshold will now be automatically updated every three years, based on inflation.

Due to employer concerns, the salary threshold of $47,476 will be at the 40th percentile of full-time salaried workers in the lowest income Census region (currently the South), in order to not place too much of a burden on employers in any one geographic region.

Why is the Overtime Pay Threshold Being Changed?

Because too many people work too damn much for too little pay! (and the rent is still too damn high!)

Shockingly, the overtime salary threshold had only been updated once since 1970. Outdated salary levels left many low-pay salary workers working overtime at no additional pay, and in many cases below minimum wage per hours worked. The share of full-time workers qualifying for overtime based on their salaries had dropped from 62% in 1975 to just 7% today. Under the new threshold, 35% of salaried workers will become automatically eligible for overtime pay, including 4.2 million new workers.

Americans are overworked as it is, and employers taking advantage of outdated rules to drive down average rates per hours worked is quite devious, in my view. That tactic leaves employees unable to take on additional paid work and on the hook for increased child care expenses (it’s been estimated that 2.5 million children have at least one parent who will gain overtime protections or get a salary raise). In short, the rule change is meant to protect workers from being taken advantage of by outdated rules.

When Does the New Overtime Rule Take Effect?

The new overtime rules take effect on December 1, 2016, in order to give employers time to adjust. However, you’ll probably see many employers make and communicate changes ahead of this date.

How Will Employers React to the New Overtime Rule?

For employers with employees that are impacted by the new rule, they are left with a few options:

While this might seem like a loss for employers with employees that are impacted, studies have shown that productivity drops off significantly with increased hours. And happy workers are productive workers. Employee health and morale should improve and turnover should decline with these new rules.

Are you personally impacted by the new overtime rules? If so, what are your thoughts? 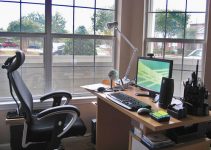 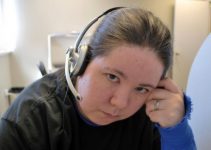 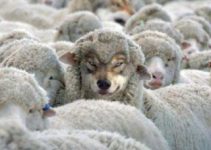