Last week, 3 different friends sent me a link to what has apparently become a viral article: The Secret Shame of Middle-Class Americans. The article was written by Neal Gabler, a man who by all reasonable accounts has had a successful career as an award-winning published author, journalist, television writer, teacher, and lecturer. The article came with an eye-grabbing sub-header,

“Nearly half of Americans would have trouble finding $400 to pay for an emergency. I’m one of them.”

That stat may ring familiar, as I highlighted it last year in an ode to the importance of an emergency savings fund.

As I read Mr. Gabler’s personal account I found myself having very mixed feelings and felt compelled to critique the article here.

Mr Gabler is clearly a husband and father that wants the best for his family, which is admirable. But, therein lies the rub. What Mr. Gabler has determined is best for his family sounds like a life-long quest to “keep up with Joneses”. His family’s financial blunders include the following (among others):

Any one of those decisions alone should require significant cutbacks in other areas, but that didn’t happen. Financially speaking, life should be a series of OR choices. Where things get dangerous financially is when you look at it as a series of AND additions. Mr. Gabler is an AND man.

I won’t fault the Gablers for having 2 children in the first place, but that was also a choice that requires significant change in spending habits.

Mr. Gabler talks about some of the sacrifices he’s made in recent years – no more credit cards, very sparse dining out, driving a 1997 Toyota Avalon with 160,000 miles on it, etc. – but sacrificing on the small stuff while consistently royally f’ing up the huge stuff just doesn’t cut it. He does publicly own up to his family’s mistakes, but claims that he didn’t know any better and just expected his income would grow to levels that would take care of everything. It hasn’t (note: data shows that income doesn’t grow after age 35). He also tries to deflect a lot of the blame to the economy and social norms:

“Many middle-class wage earners are victims of the economy, and, perhaps, of that great, glowing, irresistible American promise that has been drummed into our heads since birth: Just work hard and you can have it all.”

I do believe that the middle class is suffering (mostly due to macroeconomic trends and corporate practices), but Mr. Gabler’s personal account mostly serves as an account of what happens when there is a complete absence of personal responsibility and an entitled attitude that you can (and should) be able to have it all. Mr. Gabler may have made a middle class income, but in every possible way tried to live a financially elite lifestyle. He’s not alone. This is what happens when people blindly work their ass off for income, but then don’t invest in personal finance at all, and exercise relentless self-entitlement. With the Gablers, it absolutely boggles my mind that two very intelligent and well educated individuals (now in their mid 60’s) kept repeating these huge financial blunders and then claimed to not know any better.

You (the reader), on the other hand, can no longer claim the same ignorance. ;-) 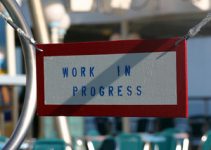 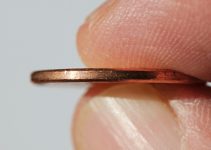 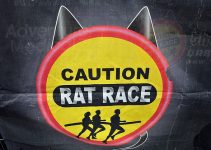