I had a sizzling hot date with the Federal Reserve’s “Report on the Economic Well-Being of U.S. Households” report the other night and things got a little out of control – for ‘mericans, that is.

Just when you think that writing about basic stuff is, well, too basic – you come across face-to-palm research like this:

When asked if they have set aside an emergency or rainy day fund that would cover three months of expenses, only 45 percent of respondents indicate that they do.

Yeah, not having an emergency savings fund that can give you a few months buffer is bad because of the consequences it brings. But what comes next is worse. When asked how they would cover a $400 emergency expense,

47 percent indicate that such an expense would be more challenging to handle (than paying with cash or credit card in full at end of the month). Specifically, respondents indicate that they simply could not cover the expense (14 percent); would sell something (10 percent); or would rely on one or more means of borrowing to pay for at least part of the expense, including paying with a credit card that they pay off over time (18 percent), borrowing from friends or family (13 percent), or using a payday loan (2 percent).

That’s worth repeating: 47% of Americans could not cover a $400 emergency expense. So, it appears there is a big drop off between those who have a 3+ month emergency savings fund, and those who have nothing at all saved. This sobering news recently came to mind when confronted with a $2,200 emergency pet expense for a diabetic dog.

$400 is really not that much in the grand scheme of things, at any income level. To not be able to cover it is the equivalent of having zero savings or being in debt. And without any savings, the result is more (and the two most expensive kind of) debt – credit cards and payday loans, bumming off of family and friends (who could be similarly in trouble), or selling pets lying around the house. That is some seriously stressful and troubling stuff!

“Twenty-four percent of respondents indicate that either they, or their family living with them, experienced some form of financial hardship in the previous year.”

And here’s what the breakdown of those hardships look like:

This is personal finance 101. Actually, it’s not even that. It’s “the school of life” 101. And the first time you have an unexpected expense that you cannot cover, you are taught that lesson. There should be no need for do-overs for it to sink in.

I understand that some folks don’t have any savings and don’t mean to trivialize financial hardship, but anyone in this country capable of getting a job should be able to build up at least a tiny emergency savings fund to get themselves out of this downward spiral danger zone. That last thing anyone should want in the event of an emergency is the stress of not being able to pay for it.

For someone in debt or with no savings, here are the steps to approach it:

Basic? Yes. Easier said than done? Also, yes. But this is really important stuff that it appears about half of this country can hugely benefit from. Pass it along. 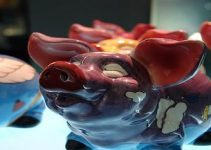