Marissa Mayer earned a lot of attention last week with her declaration to Yahoo employees that they would no longer be allowed to telecommute.

– Some have said it is not fair to employees who have structured their lives a certain way, and now she’s taking it away. They also think it will backfire and turn away top talent.

– Others have congratulated Mayer for simply saying what is official unspoken policy at thousands of companies.

– Those in investment circles think it’s a move to send a message to Wall Street and shareholders that she is capable of making tough decisions.

– It’s also been reported that it was in response to her reviewing VPN data that showed telecommuting workers were not logging in enough from home (in other words, slacking off).

– And some have called it hypocritical, considering she just installed a nursery for her newborn son in the room next to her Yahoo office, and with a net worth of $300 million, could afford an army of nannies, cooks, maids, and personal assistants.

Mayer, herself, has said she wanted to do this because of the benefits of collaboration that happen from in-person interaction, and lost opportunity from telecommuting.

The Assault on Work-Life Balance

There could be some merit in all of those arguments. But I think the real reason is she wants to draw a line in the sand – weed out those who aren’t dedicating most of their lives to the company. Why wouldn’t she? She took a whopping 2-week maternity leave, while sporting a net worth of $300 million. Raising your child from birth next to your board room? There is no “life” in the work-life balance for her.

Mayer’s proclamation brought me back to something an executive at a previous employer once stated at a company event (amongst crippling employee morale), “Look, you’re either on the bus, or you’re off it”. (I voluntarily jumped out of the back of the bus 2 months later, by the way)

Mayer’s move isn’t revolutionary. And it’s border-line newsworthy. So, why bring it up?

Workers can make productivity claims all they want, and they have good evidence to back it up. Cisco, for example, published a study that showed telecommuting produced $277 million in productivity savings for the company. But lets not confuse the argument with the motives – deep inside there’s only one prevailing reason why anyone wants to telecommute: a looser leash that permits more “life” in the work-life balance equation.

The hours saved in avoiding a lengthy commute, dropping the kids off to day-care, getting small house chores done in down-time or on a break, and avoiding frivolous meetings and work distractions can actually allow you to <gasp> enjoy your evenings and weekends <the horror!!>.

Those who yearn for that kind of balance are not the kind of people who are willing or happy to put in 60, 70, or 80 hour weeks. Increasingly, this is what desirable employers are expecting from their employees. Yahoo isn’t new in this regard. Many of the so-called best employers have unwritten rules around not permitting telecommuting. Even their best employees aren’t granted permission in grant/or lose them scenarios.

It’s a stand against employee empowerment. And in a hyper-competitive workplace, it’s the gold standard. Call it a rat race to the top or rat race to the bottom (whatever your perspective), but it’s a reversing trend that has been turbo-charged since the start of the Great Recession, with employee supply far greater than employee demand.

Companies can clearly do whatever they want when it comes to adding to or taking away from their employees work-life balance. If you work for a company that thrives on the latter and you feel like it’s not a good fit, you are not alone.

Don’t hate the player. Hate the game. Then Change the Game

All this being said, I don’t blame Mayer or employers that manage in this way.

Because you, as an employee, have a choice.

You need to be honest with yourself – do you want to be a company wo/man and dedicate most of your waking hours to advancement at that company?

Or do you value balance and autonomy?

Because you can’t have both anymore. And nobody is entitled to relative success and advancement when they elect to put in 40 hours when the company officially or unofficially expects 60 or 80.

If you value balance and autonomy, put in your required minimum hours, but use a good portion of your “life” hours to create your new path.

There’s nothing wrong with either path. But the sooner you come to terms with your values and how they may differ from your company’s values, and do something about it, the happier you’ll be. 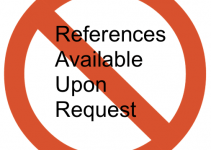 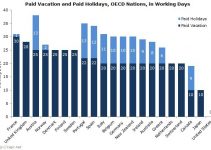