How to Sell Stuff Online

Purging stuff around the house to get rid of stuff you no longer have a need for provides two great benefits. First off, it allows you to de-clutter, which is satisfying for the psyche as it detaches you from being owned by your possessions. Additionally, it’s a means to gaining some value in stuff that you no longer find value in – and then using that money in a productive way.

I’ve used a number of different outlets to get rid of old goods, and each has their own unique benefits that comes in handy for different situations. We’ve probably at least a few of these channels at one time, but some of these channels are definitely better than others for certain products. Here are the different channels that I’ve found to be the most useful for different products and situations. I’ve sold thousands of dollars of stuff online. And you can too.

EBay is great for rare stuff that there is a niche market for – typically branded items or sought after rarities. I’ve sold a number of beat up old branded cell phones on EBay, for instance, all for a surprisingly high amount. The amount of time it takes to create a listing makes EBay a poor choice for items that are going for a low price (I typically don’t sell anything on EBay that I know I can’t get $10 or more for). If you are thinking of putting something on EBay, check to see if there are any existing listings, and if those listings have a number of bids on them. If the answer to both questions is yes, EBay might be a good channel for your item.

I sell all of my generic CDs, DVDs, and books on Amazon. Amazon has a huge group of buyers for these formats of goods, specifically. I prefer Amazon vs. EBay for these items because you can find out exactly what other sellers are asking for, and work from there. The listing process is a lot less timely on Amazon than it is on EBay.

Amazon is also a great outlet for rare items that are found in Amazon’s list of SKU’s due to the huge user search volume it gets for these formats. If a product is not found on Amazon, you’re going to have a hard time selling it. I’ve found that the trick to selling stuff on Amazon is to outbid your competitor by one cent for your products condition category about once a day or so. You may be outbid for the lowest price now and then, so updating frequently is effective. Since there is so much traffic on Amazon, the lowest price generally sells fairly quickly.

Craigslist and (increasingly) Facebook Marketplace are the places to go for huge ticket items, or big things at a local level online. I’ve sold a car on Craigslist and almost sold a home. Think realty, vehicles, bikes, exercise equipment, appliances, services that you provide, and tickets. Craigslist is not the place for small things because there can be a big time involvement. Do you really want to spend 15 minutes via email, phone, and face time in order to sell a $5 book? I’ve actually become a bit of a Facebook Marketplace and Craigslist power user.

Garage sales are for two things: stuff that isn’t worth shipping or would be hard to ship, and stuff that nobody is going to be searching for on EBay, Amazon, and Craigslist. I made over $300 on stuff I had sitting around my house that I thought had no value at the one garage sale I’ve done. You know the saying, “one man’s junk is another man’s treasure”. It’s absolutely true.

Technically, it’s not selling, but it may make a lot of sense to donate versus sell. If you itemize your taxes (and even if you don’t), definitely give stuff away that you cannot sell elsewhere. If you itemize, realize that you can deduct the assigned value of what you’re giving away.

If you’re in the 15% tax bracket, it might actually make sense for you to donate a sweater that you value at $20 (a $3 tax deduction) versus selling it for $2 at a garage sale. When you do donate, make sure to document a complete list of what you’re giving away and get a receipt from the charity that you’re donating to.

Of course, you should donate out of the goodness of your heart, regardless of the potential financial benefit. 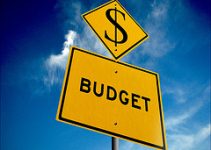 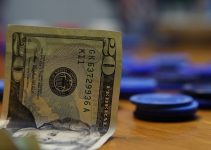 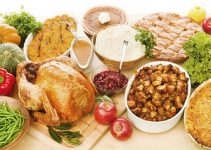