Try not to freak out too much, but you should be aware that there are a number of troubling economic indicators that are flashing bright red right now that point to increased odds of an oncoming recession:

Back in 2008, at the onset of the Great Recession, Mrs. 20SF’s job was a casualty. She was just over a year into her job (which was seemingly going well) when she received the life-altering news. Not only were we not prepared for that moment and were left in total shock. At my employer, a number of colleagues lost their jobs as well right around the same time. Thankfully, I managed to avoid the cut. The circumstances forced us to look at everything through a new lens – and Mrs. 20SF entirely changed careers, in part, to avoid the constant threat of a repeat experience.

In total, 8.8 million Americans lost their jobs during the Great Recession. The next recession will see job cuts. It will see wage stagnation or even declines again. It will see an increase in foreclosures, bankruptcies, high-interest debt, and financial pain.

How can you prepare for the next recession in order to limit your risk of exposure to all of the downsides, starting right now? Here is what I’d recommend.

This year, the average duration of unemployment has ranged between 18.7 to 24.8 weeks (or, approximately 6 months on the high end). The typical personal finance advice is to have an emergency savings fund of 6 months of living expenses, which would cover that average (just barely).

However, during the Great Recession, the average duration of unemployment peaked at over 40 weeks (~10 months). At the time, I wrote that a 1-year emergency fund was much more legitimate, given the circumstances. Readers would be wise to make a minimum of 1-year in emergency savings their new normal, in perpetuity.

Imagine that a recession has begun and the “higher ups” are gathered in a room, earnestly debating which 25-50% of the workforce they are going to lay off. How those people remember you and how warmly they feel about you could seal your employment fate. Often times, in the workplace, likeability carries far more weight than job performance (though boosting your job performance at the same time wouldn’t hurt either).

This same principle not only impacts those you work with, but the people you interact with in your neighborhood, in your social circle, in volunteer roles, and elsewhere. If you have lost your job, none of those people care particularly much about bullet points on your resume. If they like you, if you’ve helped them in the past, and/or if you’re genuinely a good person – they are going to go to bat for you. We’re social beings. We judge. We form opinions. And we help the people we like.

No need to be calculating here, just focus more on helping others and being likeable, without keeping score. It will enrich the lives of others and yourself, and make the world a slightly better place. Recession or not, it will pay dividends.

There’s never really a bad time to pay down high-interest debt. But in advance of a recession is a particularly good time to do so.

The Great Recession saw a massive foreclosure crisis. A large part of that was people taking on too much debt. But the untold story was all of the additional high interest debts on top of mortgage obligations that made keeping up with those payments impossible.

The greatest positive force in personal finance is the power of compound investment returns. There is an opposite and equally as powerful of a force on the negative side: high-interest debt. High interest debt is the equivalent of compound interest working against you. And once it snowballs, it’s nearly impossible to reverse course.

Here are some debt payoff strategies to consider. In general, I would recommend paying off the highest interest debt first and working your way down from there. Anything over 5% APR these days, should be considered high interest.

4. Review and Trim the Fat in your Expenses

There’s really no bad time to trim back the fat in your expenses, but we have the tendency to not prioritize this, or get complacent in prioritizing this. Everyone, myself included, needs periodical expense check-ups.

Start by documenting all of your expenses (here’s a free budget spreadsheet to help with that). Once documented, you could start by focusing on the following:

Final Thoughts on How to Prepare for a Recession:

If you sensed a theme here, it’s that ALL of these suggestions, while particularly helpful to focus on in advance of a recession, are all around best practices for anyone and everyone looking to live a better life. At any time. And with no downsides. So why not get started now?

I’m eager to throw this one out to the readers: 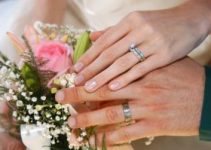 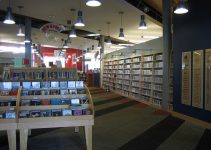