$4 per gallon gas is back! And there’s a certain sentiment of discontent in the air. When verbalized, it often is along these lines:

“I can’t believe I have to f’ing pay $4 per gallon for gas. That’s ridiculous!”

Others have taken it as far as adding the rise in gas prices to the long list of things that President Obama has done to destroy our country:

“How can Obama allow this! His energy policy has created this!”

And when you don’t listen to the words, but the sound of the noises coming out of mouths, it sounds more like:

But seriously, who “likes” paying more for anything?

I certainly don’t like paying more for things. Especially stuff I used to pay less for. Particularly commoditized product. Do you? No? Didn’t think so. Glad the feeling is mutual.

I don’t know who is to blame for the recent spike in gas prices. Could it be:

The thing is, we can’t control any of that stuff. But there are a few things we can control:

Vehicles are an absolute luxury. They were a cool invention that turned out to be THE WORST thing that could have ever happened to this planet. The fact that we have all granted ourselves the grotesque right of driving around 1-2 tons of steel that spews out environment-killing by-products to pick up a soda at the convenience store or drive a 120 mile daily commute should be seen for what it is – unnatural and wasteful.

It is something that human beings were not able to do for millions of years.

The fact that it ONLY costs us $4 to drive 20-30 miles on fuel that was sucked out of the ground thousands of miles away from where you pump it in to your vehicle is a miracle. And $4 per gallon is much less than what just about every country outside of the Middle East pays (including Saudi Arabia #2 – Canada). How about showing a little gratitude for that?

You can control your attitude.

2. Decreasing Our Consumption by Vehicle Choice

Despite $4 per gallon, you don’t see every complainer driving Prius’s around.

If you want to earn the right to complain about gas prices, shouldn’t you at least be getting 40 mpg’s?

Switching to a more fuel efficient car is something that you can control.

3. Decrease Consumption by Vehicle Use

Younger generations aren’t driving as much. Many aren’t getting licenses in the first place. Many people choose to live close to work so they drive less or don’t drive at all. This is something we are all capable of. If you live 30 miles from work, you have no right to complain about gas prices.

With a little effort, you can:

These are all things you can control.

Take a Load Off

So while there are many things you CAN control in relation to your use of gasoline, the price you pay per gallon is not one of them. Knowing that and taking action on the things you can control will result in an immediate load off your shoulders. 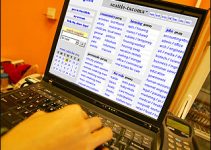