Remember pre-Great Recession, circa 2008, when gas prices shot up from under $2 per gallon to over $4?

People were scared and PISSED! Used Prius’s were selling for over the MSRP of new ones (because you couldn’t find a new one anywhere other than Craigslist). SUV and truck sales plummeted. And anyone who wanted to sell their once-coveted giant SUV in favor of a more fuel efficient ride couldn’t give the damn thing away – like it was some kind of infectious disease. Oh, and we were all on the short path to Peak Oil and the Apocalypse.

New car buyers, at that time, were demanding higher mpg’s. And automakers were caught mostly flat-footed  in being able to deliver them, with the exception of Toyota. 23 city and 32 mpg highway, at the time, were considered exceptional.

Yet, buyers intentions were clear. In May of 2008, year-over-year vehicle sales looked like this:

Top selling vehicles that had increased in sales year-over-year

Top selling vehicles that had decreased in sales year-over-year

Then the recession hit. And gas prices dropped 60% to below $2 overnight (quite literally).

The country’s response a few years ago to the high demand for fuel efficient vehicles brought a wave of more fuel efficient smaller vehicles that are just now hitting the market. The most fuel efficient cars are all electrics. There were only a few back in 2008. On top of that, for non-hybrids, the new gold standard is 29 city, and 40 mpg highway – a full 8 mpg higher than just a few years ago.

Sadly, there’s been limited demand for these vehicles, as seen in a list of the best selling vehicles of 2012:

Only the Honda Civic and the completely re-designed Ford Focus come close to 40 mpg hwy.

Instead of having the same reaction we had (pre-recession) when prices skyrocketed and we all were looking for signs of the coming Apocalypse, it appears that we have been eased in to a new $4 per gallon norm. $5 per gallon is looming as the economy continues to recover. Gas prices have simply become a “necessary evil” tax for driving around town at 15 mpg’s in 4,500 lbs. of steel.

Consumers have clearly dropped the ball and went ahead and bought the gas guzzlers.

Meanwhile, the near extinct automakers have laughed all the way to the bank as they have been enjoying record profits on the backs of lower worker wages (another story entirely) and more highly profitable truck units being bought.

But YOU are better than that! If you want to ever achieve financial independence, that is. 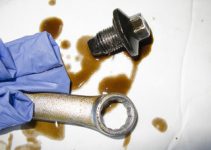 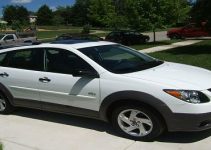 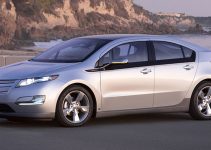