This article has been updated for 2022. In the wake of my wife getting a better job, I thought it would be wise to read through all of her new employer’s benefit plan details. Standard fare, when all of a sudden, something jumped off the page…

What?! Up until this point neither of us had employers who offered a 457B plan. 457Bs are typically used interchangeably with 401Ks and 403Bs and always seemed like an either/or proposition to me. In other words, I thought that employers offered one of these plans based on the type of organization that they were.

It turns out I was wrong.

Not only can certain employers (typically governments, state universities, and non-profits) offer both a 403B and 457B plan, but the coordination of benefits between the two was eliminated with the Economic Growth and Tax Reconciliation Act of 2001. That single piece of legislation gave anyone eligible for a 457B plan an opportunity to limit their taxation (and enhance their fortunes) in two ways:

Why was this legislation passed? Well, it was passed by Congress, who are government employees (signed by Bush administration), and 457Bs can greatly benefit governmental employees through their massive additive tax-cutting benefits. That should tell you all you need to know. It was a covert way for Congress to vote to give itself a massive pay increase without any of the public backlash that comes from doing so. If you are eligible for a 457B, you would be wise to take advantage.

Here’s where things get even more interesting for those with a 457B option – despite the removal of coordination of benefits and the increased contribution amounts to match other retirement plans, the IRS 10% penalty for early withdrawals prior to age 59½ (that applies to IRAs, 401Ks, 403Bs) does not apply to the 457B! This differentiating factor makes 457Bs superior to 401Ks and 403Bs.

Now armed with a 457B for the first time, what are we going to do with it? We gonna max it out!

We now have an additional 401K-equivalent amount of tax savings available to us. And we’ll still aim to max out the other retirement accounts, using savings to cover our living expenses, if we need to. If all goes well, this would reduce our income by:

And that doesn’t even include funds we could contribute to IRAs.

If you have decent earnings that push you into a higher tax bracket and are one of the lucky few to also have a 457B, it could make a lot of sense for you to do something similar.

If you don’t have the earnings/savings to take advantage of the additive benefits of 457Bs by contributing to one in addition to another retirement plan, then it could make sense to contribute to your 457B before contributing to the other plan (assuming no matching funds), up to the maximum contribution amount, in order to avoid possible early withdrawal penalties later in life.

The mysterious magic of 457Bs – who would have known?

Check out the IRS page for more info on 457B rules. 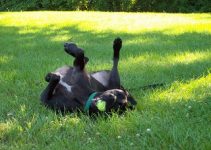 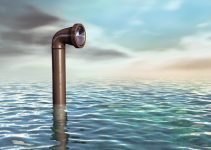 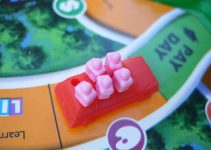