Update: check out my new list of environmentally Friendly Products that Save you Money! Today is Earth Day. I’m fired up, and you’re welcome to join me. Let’s make it more than just a token day that we forget about tomorrow. Let’s make it Earth Week, Earth Year, and even Earth Lifetime. And…save some money in the process.

If you fall in to the bucket of those who have a conscience and give a damn about the planet (or if you normally don’t, but want to get started), I’m going to throw out a challenge. It’s time to take action.

There is a direct correlation between impact reduction & saving money (the more you reduce, the more you save) – so this article is right at home on a personal finance blog, and will present some of the best planet and money saving tips I’ve discovered over the years.

Some are easy one-offs. Others need to become habitual, but you’ve got to start somewhere. So here’s the challenge: Take 1 action – you’re a better human being than you were yesterday. Take 2-5 and you can take comfort in knowing that you are making the world a better place. 5+? I will plant a tree and name it after you. So let’s save some money, keep those guilty consciences to a whisper, and get started!

1. Start Growing Some of your Own Food & Getting More from Local Sources

It took me 5 years too long to put in a garden – I finally made the move last year. My yield the first year was miserable, but that only has made me more motivated to get it right and start early.

For most of us, that time is now. Take one of these nice spring weekends to put in a garden, or at least put up some plants in your window or pots on your patio.

Growing your own food may seem trivial in impact, but if everyone were to do it, the impact would be phenomenal.

If you don’t know where to start, one of my favorite blogs on the topic of food production is Old World Gardens.

The ROI on gardening is questionable, until you get good at it. But the satisfaction of pulling an organic tomato fresh off the vine that you walked a few yards to get is hard to beat.

The output of gardening can be tough in the beginning, so you’ll need to complement with fruits and veggies from other sources, so what’s the next best environmentally friendly option? Locally sourced (and organic) food. Usually the best place to get it is farmer’s markets and CSA’s. If you stick to produce, you can actually save money in the process.

Not sure of the CSA’s or markets in your area, Local Harvest has a nice map to help you find them.

2. Replace Meat with Beans/Quinoa/Veggies in at Least One of your Weekly Meals

I made the switch to vegetarianism a number of years ago. The health and cost-per-unit savings have been outstanding – about $2-3K per year. The environmental impact? Astounding. It takes 16 pounds of grain/soy and 5,214 gallons of water to produce 1 pound of edible beef (the same amount of water one American uses on showers in a year, on average). It takes 78 calories of fossil fuel to produce 1 calorie of protein from beef, while only 2 calories of fuel to produce a calorie from soybeans. Want more? The amount of pesticide use per acre of corn (the main feed for livestock), has increased 100,000% since 1945.

So this one is super simple. Pull up some recipes online and replace that meat centerpiece by some combination of beans/quinoa/veggies. You, your wallet, and the planet will all be healthier for it – and you’ll reduce demand for mass produced animal misery.

3. Take your Own Containers & Switch to Bulk Foods On at Least 3 Grocery Items

The average American produces 4.9 lbs. of trash per person per day. Much of that comes from food packaging. So instead of accepting that your oatmeal, quinoa, brown rice, walnuts, or soybeans come in small amounts, surrounded by plastic that will end up in a landfill – buy it in bulk instead and bring your own re-usable container to package it.

Shopping at Costco or wholesale stores can also help reduce packaging. A 36 oz. jar of peanut butter, for example, produces 3X less waste than 3-12 ounce jars. And the goodness inside is just as tasty.

You can also further cut down your food waste by composting food scraps to enrich the garden you have now… circle of life and stuff.

4. Make your Own Truly Environmentally-Friendly Cleaners

Even though most so-called “green cleaners” claim to be environmentally friendly, there really is no federal regulations of what “green” is. Same goes for “natural”. What is “natural”? I suppose it’s something that was not created from alien metals obtained from an asteroid or manufactured from a science experiment gone wrong, but that is not saying much.

If you have water, lemon, baking soda, white vinegar, rubbing alcohol, hydrogen peroxide, and witch hazel, you can make home-made cleaner combos that will clean just about anything, are 100% safe, and probably more effective than the store-bought garbage. Just make sure you don’t combine stuff that should not be combined (ammonia and bleach generally do not produce safe fumes when mixed with other stuff). And you can buy them in large unit sizes, reducing packaging waste in the process. And it is a lot cheaper!

Here’s an article on how to make non-toxic cleaners.

If you buy bottled water, I want you to slap yourself in the face right now.

For starters, each bottle bought is packaging wastefulness to an extreme.

If you care anything about money, I did the math, and every time you buy a bottle of water for $1, you are paying 2,279 times what you would if you re-filled that same bottle with equally refreshing tap water.

Taste tests have proven people cannot tell the difference, so get that misnomer out of your head and make the permanent switch to tap.

Don’t know what vampire appliances are out there, sucking away your money and the environment, as they sit there, not even in use? Here’s a list of vampire standby power appliances to start.

I also highly recommend using a power meter device to measure every plug-in item in your house. Here are the results from my electrical use measurement. Actions taken saved me 22% on my electric bill.

Plug the vampires in when you need them and unplug them when you don’t. It’s easy, planet saving, money saving, and you might actually burn a calorie or two in the process.

7. Switch to a Low-Flow Showerhead

This is the low-flow showerhead I personally use (on the 1.85 gpm setting), and it has the power to deliver a 3-minute or less shower. Average shower heads use 4.2 gpm.

There are admittedly, some low-flow showerheads that don’t have the goods. I tried a 1.25 gpm showerhead, but the shower lasted twice as long, making it ineffective.

For a family of four you’d be saving 21,000 gallons of water and about $200 in energy costs per year. Where else can you get a 1,000% return within the first year of buying something?

Switching is literally as easy as unscrewing the old showerhead and screwing the new one on.

Here are some other ways to save money on water as well.

8. Get a Digital Programmable Thermostat

There may be nothing more first-world wasteful than heating or cooling a home to levels you do not need while you are working or sleeping.

The easiest way to save a lot of money on heating and cooling costs is to swap your old-school thermostat for a smart programmable thermostat.

It is extremely easy to do, so long as you have a screwdriver. If you purchase a $60 device (seems to be about the average), that could earn you a return on investment of 300% in just the first year and nothing but cool savings after that.

9. Start Riding that Bike to Work!

Long time readers are probably sick of hearing this, but I’m going to repeat it again. The #1 biggest financial, health, and planet saving move I’ve made over the last 5 years, maybe in my life – is selling my car and riding my bike to work.

If you’ve never done it, you have to give it a try – and there’s no better week than this week.

You feel relaxed by the time you get to work. You burn off stress and calories on the way back, and in the process you didn’t contribute more to global warming or spend any money.

How much money could you save? Here’s a biking vs. driving calculator so you can plug in your own numbers. It is quite possible that you could save $1M or more in making the move.

Stop making excuses. Do it.

10. Sell Some Stuff on Craigslist, then Buy Something You’d Typically Buy New

How many times have you heard a story of someone buying something used on Craigslist, using it for a while, then selling it for at least as much on Craigslist at a later point in time? (increasingly you can substitute “Facebook Marketplace” for Craigslist)

There is no greater money saving invention that has the potential to completely halt the buy -> use -> trash cycle that is so prevalent in our society.

If you haven’t used it in this way, it can be quite competitive. I recommend setting up RSS feeds for keywords of items you need, then acting quickly when they come up.

In the process, you’ll have stopped the wasteful cycle, kept an item out of the landfill, and saved yourself plenty of money. 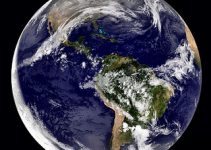