A big part of why I’ve adopted the lifestyle I have… OK, the biggest part – is that financial independence is an incredibly attractive prospect to me.

I believe that human beings are more likely to produce the highest positive benefit to society when they follow their passions and interests on their own time and in the absence of financial stress or incentives.

So I was curious to see the responses of a recent poll from Gallup, which asked the question to Americans, “If you won 10 million dollars in the lottery, would you continue to work, or would you stop working?“.

Before we get to the results – can we all agree that $10M is still enough this day and age for everyone to call it quits? Even if the question is interpreted as pre-tax and pre-lump sum, it’s far more money than 99% of us will ever accrue in net worth in our lifetimes.

So what were the results? A stunning 68% of respondents (and 72% of 18-34 year olds) said that they would continue to work. And this number has gone up since the same question was last asked in 2006.

The remaining 31% would stop working.

Just a few years ago, another poll indicated that only 45% of Americans were satisfied with their jobs – an all-time historical low. The other 55% were dissatisfied or worse.

And yet another poll indicated that 70.8% of Americans want to be self-employed (while only 7% are).

So, we don’t like our jobs, want to be self-employed (but aren’t yet), yet we would keep working? Something seems off here.

There needed to be a follow-up question to the first that digs a little deeper to get any value at all from this question. In fact, there was: “Would you continue to work in your current job, or would you take a different job?”

The 44% that would continue working aligns almost perfectly to the 45% who were satisfied in their jobs in the previously referenced poll. It seems highly likely there’s a correlation.

But so happy that they’d continue working in the same job, after the windfall, despite the opportunity to leave the workforce altogether? That’s some powerful kool-aid.

And another 23% are not happy enough with their job to want to continue working in it, after the windfall, but they would still want to start over somewhere else, despite the opportunity to leave the workforce? That’s double-powered kool-aid.

I’ve always wondered why high net worth individuals, particularly those in very high stress c-level roles, continue to do what they do after accruing tens or hundreds of millions in net worth. The best I can come up with is that they (and apparently most Americans as evidenced by these polls) feel a very strong identity and status tie-in to the work that they do. So much so that no amount of money or stress would make them want to walk away from that identity/status. The value of work and status to our identities in America is so powerful it trumps all else. But at what cost?

We live in a country that values work for work’s sake and the status that comes from it. Even if we are overworked to the point of burnout (we do, indeed, work more than any other developed nation). It is the thing we most tie our identities to. Think about it for a second – what is often one of the first questions that we ask or are asked when we first meet new people? “So, what do you do?” or “Where do you work?“.

If I were to win $10 million, I cannot say I’d continue doing the same job (which I’ve been doing for 6+ years now and have learned 95% of what I can learn), However, I don’t think it would be easy to walk away from it, because it is what I do for more than half of my waking hours and I don’t completely suck at it. Not, at least, without a little bit of a re-discovery phase immediately following.

Alas, I would walk away. Would I walk straight to my couch and stay there for the next 60 years? No. I would almost certainly do something else that many would define as “work”. In reality, there would be zero incentive to make money. Rather, I would choose my pursuits based on my interests and the satisfaction gained. I’d do it for a while. Then I’d find something else and repeat.

Life’s too short to be defined by just one job that we have to do to make money, in my view. 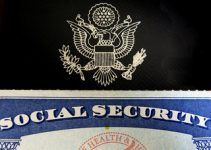