As outlined in my recent Safe Withdrawal Rate post, answering the “How much do I need to retire?” question is critically important for anyone who wants to retire some day.

An analytical, numbers based approach is the only way to do it right. However, it seems as though most people have their own take on what that number is, without any basis in reality. SWR is a little-known personal finance treasure, so most people just make up predictions, blindly pulling numbers from thin air as they go along.

And if you look around, what you see is that there’s an interesting disassociation going on with retirement savings.

On one hand, average retirement savings are abysmal. 54% of workers in the U.S. have less than $25,000 in total savings and investments. People consistently put off savings to a later date. And this, of course, kills the ability for compound interest to do its magic.

On the other hand, most people grossly over-inflate how much they actually need to retire.

That was very apparent in a recent article where the New York Times interviewed workers from all over the country and asked them the all-important “How much would you need to retire?” question. The answers were:

From a 32-year-old tour guide:

“Twenty million dollars. That’s how much Julien Mellon needs to live the life he wants. With that kind of cash, Mr. Mellon could buy a “beautiful” home with enough left over to spend $100,000 a year (“in 2017 dollars”) until the day he dies.”

From the owner of a small skin care company:

“Twenty million would allow her to put her 17-year-old daughter through college, “give to philanthropy — especially women’s and children’s causes — start another company, and travel as part of work combined with personal pursuits.”

From a 46 year-old, single stay-at-home mother:

“Enough” is somewhere between $8 million and $10 million, so she could give her daughter “the best of everything,” as she put it: “Private school, college, money for an advanced degree at an Ivy League university, two homes, unlimited vacations. Retirement. Cars, gas, food, shelter, extras. I’d also like to make sure my mom is set for life not having to worry about money.”

From a 51-year old writer and teacher:

“$65 million… We’d travel cheap and dirty, with immersion in mind… We have a half mil in the bank, and I panic all the time about not having enough”

From a media personality and brand strategist in New York:

“A monthly stipend of $10,000 for the rest of her life. She’d like a minimum of $250,000 in retirement income on top of that, which would continue to appreciate yearly.”

Nothing really shocks me in the world of personal finance anymore, but this article shook me to the core.

It tells me 2 key things – neither of which are good:

Everyone spends at different levels – but nobody needs to spend $370K a year in order to have an awesome retirement. And we certainly don’t need $2 million a year for the next 30 years (without even taking investment gains into account) to travel “cheap and dirty”.

Let’s apply the principles learned in that post on safe withdrawal rate to explain.

My wife and I spend right around $25K per year. For that amount, we enjoy delicious organic food and all the wine/beer we could reasonably consume, multiple vacations each year, a nice home and car, 3 pets, more entertainment than we can reasonably consume, non-embarrassing clothing (I hope), multiple nice bikes each, 2nd degrees, and so on.

For the ripe sum of $1 million, we could theoretically live on $30,000/year (and have $5K a year to spare) at a very conservative 3% safe withdrawal rate. Indefinitely.

Even if for some unforeseen reason our expenses doubled, we would only need $2 million to live on $60,000/year at the same 3% safe withdrawal rate.

Imagine how much your entire perspective on life and work would change if you were convinced that you had to reach those unattainable numbers. The disassociation creates a massive gap that can’t be overcome and could leave you hopeless – throwing in the towel completely on saving for retirement. It could also lead you to making poor life decisions. There are very real consequences here.

There was one standout in the NYT article – a 49 year-old real estate investor and landlord who said she’d need $36,000 a year to feel secure.

“I’m not interested in traveling; I’m interested in creating paradise at home, Candyland. I’m still driving the ’99 Ford Escort wagon I bought for $3,200 cash in 2004. But sometimes it sits in my driveway for a week and I just ride my bike around. With just a bit more, I’d be able to pay my bills, contribute to my I.R.A. and have some left over for home improvements.”

There’s a person who gets it. And she is the only one of those interviewed who is seemingly content and at peace.

So… how much do you think you realistically need to retire, and why? 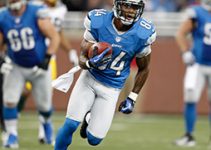 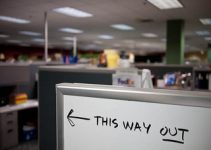 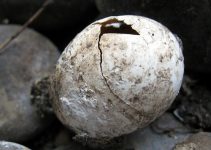