I focus a lot on reaching financial independence.

There are a few different paths you can take to get there, and I have stayed incredibly focused on the fastest, most direct path, which has kept it top of mind for me. Plus, I author a personal finance blog, so I’m neck deep in financial topics on a daily basis.

It’s not that I hate my job and am desperately looking for an escape. Rather, I’m a very goal-driven, numbers-focused individual who enjoys and sees the value of a frugal lifestyle. I genuinely believe that this world would be a much better place if more people were financially independent, allowing them to reach their full societal potential by having more time to focus on what they are truly passionate about. If that’s keeping their existing job, more power to them.

When it comes to financial independence discussions, I’ve found people react in different ways. Any time I bring up the topic with friends or family (of any age) and discuss my aspirations to reach financial independence at any age prior to my 50’s, I usually face a healthy dose of teasing, discomfort, a whole lot of doubt, and even a little bit of anger.

And when you get to the part around “how much money you need to retire”, the discussion can get pretty heated. So I thought to myself – “why not make a blog topic out if it and push a few buttons?”

How Much Money do I Need to Retire?

The math behind retirement can be fairly simple. If you know just a few different variables:

then you can come up with some reasonable estimates of how much money you need to retire (or achieve financial independence if that “retirement” word scares you. Let’s use the two words interchangeably for the purposes of this article). Retirement calculators like Firecalc or CNN Money’s retirement calculator are great resources for that.

What they help you answer is essentially the quantitative calculation of financial independence, or the Your Money or Your Life Crossover Point concept, that we’ve discussed before.

The Reality of Retirement

Despite the cold hard numbers suggesting an objective retirement amount, reaching that number is simply not enough for most people. We (humans) keep plugging away, and very few actually retire when they get to that number.

Why? It’s usually some combination of:

How Much Money would YOU Need to Retire?

The question that this begs is:

“Knowing what you NEED to retire, what savings level would you ACTUALLY retire at? And why is there a difference between the two?”

When I say “retire”, I mean, walking away from your current job/career. What you choose to do with yourself after that, whether it’s sitting on a beach or starting your own business, is entirely up to you.

For example – I may know that I will technically hit my Crossover Point when I hit $700,000 in savings. Will I walk away from my career when I hit that savings level? I can say I will now, but my life situation and fear or some of the other factors listed earlier might result in me actually not walking away until I reach $1 million or more.

The gap between what we actually need and what we want to actually make the move is incredibly fascinating to me. It basically takes the numbers we’ve worked out and then says “F the numbers, it’s not enough!”. We then continue to work so that we can further build a psychological cushion that encourages us to finally call it good one day.

The psychology that goes into that makes for some interesting discussion. So let’s discuss!

Update: I recently posted the details on safe withdrawal rate and using it to calculate your retirement number to provide further guidance. Retirement number predictions gone wrong have unintended consequences. 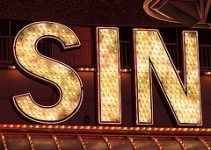 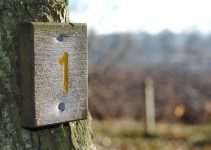 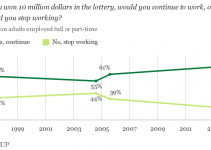