If you’ve ever taken out a short-term loan, adjustable mortgage, private student loans, or owed money on a credit card, you’ve been impacted by the “prime rate”. If you don’t know what the prime rate is, you’ll definitely want to become familiar prior to taking out a loan or line of credit, as it will impact the current interest rate you would be paying on the debt and the future rate.

The prime rate can have immense implications on your finances and it is essential for personal finance beginners to understand it before they start borrowing money. So, I’ll discuss what the prime rate is, how it’s calculated, today’s prime rate, the historical prime rate, and how it can impact your APR and your bottom line.

To understand what prime rate is, you must first understand how it is derived and calculated. The prime rate, in general, is the lowest rate of interest commercial banks charge their most credit-worthy customers. How do they come up with this rate?

From there, prime rate is calculated by adding ~3% to the fed funds rate.

The prime rate today is 3.25%, but that will likely be increasing in the coming years due to inflation concerns.

The Federal Reserve lowered the rate dramatically at that point of time due to the credit crisis preventing the flow of credit in the economy. The Fed had kept their target rate at that historically low level, in order to keep credit cheap, with the hopes that it would stimulate the economy.

When looking at the historical prime rate, you must first look to the historical fed funds rate. There has not been a steady funds rate over history. It peaked in December of 1980 (when inflation was in the double digits) at 19-20% – and the prime rate followed suit, reaching a record high at 21.50%. Since, it’s generally shifted downwards.

While it will likely not reach peak heights again, you can see that historically, the fed funds rate (and hence, the prime rate) has been at levels much higher than we have become accustomed to in recent years.

How Does Prime Rate Impact You?

Every line of credit or loan has an interest rate in the form of a quoted APR (annual percentage rate), that you pay. Sometimes these rates are locked (e.g. fixed rate mortgages). But many times, they are not.

Those with unlocked, or variable rates include:

All of them determine the present APR that you pay on that loan by taking a fixed rate (as specified in your contract) and adding the prime rate to it.

So a credit card, for example, could say that your actual APR will be 9.99% + prime rate. An ARM could state your APR as 3% + prime rate.

The fixed rate used varies by the type of loan and each individual lender.

Why is it important? Three reasons: 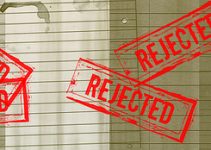 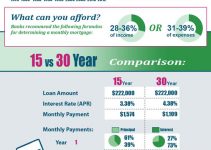 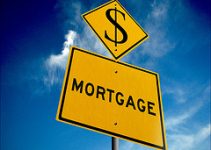