A recent New York Times article gave a number of suggestions on how to avoid a 20% down payment on a home mortgage.

The implications of a 20% down payment are that if you cannot make it, you typically must pay for the added cost of private mortgage insurance (PMI), because you are deemed to be an increased financial risk by mortgage lenders.

One of the suggestions given in the article is to take out a second mortgage, often called a “piggyback loan” equal to 10%. In that scenario, you would put 10% down, get 80% from the mortgage, and get the final 10% from the second mortgage (often in the form of a HELOC, where you pay prime rate plus a few percentage points).

I’m no stranger to this strategy, having used it on my first home to avoid paying for PMI, with only 10% down. It allowed me to get the home, but in retrospect, I narrowly avoided catastrophe.

In 2007, I moved across the state for a much more lucrative position in a booming industry, and I sold that first home. Had I not been selected for interviews, been offered, and taken the new job, there is a very strong possibility that I would have lost my sub-$40K job in the very hard hit non-profit sector. And with little savings to my name, the result could have been foreclosure on the home had I not found a new job. By luck, I narrowly avoided financial ruin.

What I didn’t realize at the time (and my mortgage broker wasn’t exactly tripping over himself to spell out to me) was that there was good reason why lenders often require 20% down or 10% + PMI – it negates their financial risk.

Limiting risk is good for them, but it’s also good for you.

Homes are a massive financial commitment – the biggest purchase you will make. And if you cannot afford to put 20% down on a mortgage (and have some solid emergency savings to fall back on), there is a very strong possibility that you are not in good enough financial position to purchase that home.

20% isn’t really a magic number, but getting to that level and beyond is indicative of a household that has reached a good level of financial stability, backed by strong financial habits (and typically solid income). All those things limit your risk.

The NYT article goes on to discuss even less savory options than piggyback loans, such as low down payment/high interest loans.

Haven’t we already been down this road before? Wasn’t the housing bubble, financial crisis, and Great Recession caused in large part to pushing people into homes they could not realistically afford? History seems destined to repeat itself, due to greed.

We should not be avoiding 20% down payments, we should be embracing them because it shows you have financially arrived!

You don’t need a big home, and if you’re not financially ready for it, you don’t need a home at all. There’s no shame in that – if your dream is to own a home (hate to buzz kill, but they are a lot of work and worry), that day will eventually come. Getting there sooner by avoiding down payments is not the answer. 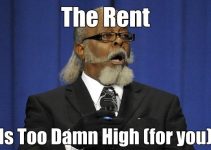 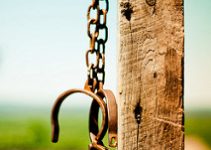 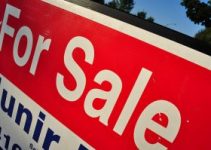