You are probably aware that last week the Supreme Court upheld almost all of the Patient Protection and Affordable Care Act (PPACA), or “Obamacare” as many have affectionately or angrily dubbed the healthcare reform laws.

Update #2: with the tax reform passed in 2017 and enacted in 2018, the individual mandate penalty tax, highlighted below, was removed from the ACA.

I originally wasn’t going to write about this for fear of excessive chirping, but then I realized I have a handy delete button on comments. Obamacare will impact us all – so I had to write about it.

The full PPACA reform document is 955 pages, so any efforts to summarize it in one blog post is somewhat futile (even if it took me longer to write than any post in the past few years). But, what the heck? We’ll both never read it in full, so might as well give the people what they want, right?

If you are insured:

If you are employed, you can keep your same employer sponsored insurance (unless your employer is heartless and drops it). Or you could shop around for new insurance through your state’s health insurance exchange, once it becomes available (required by Jan 1, 2014).

If you have been purchasing your own insurance, it is possible that the cost of insurance could go down with new streamlined competition. And with subsidies I’ll mention later, it is possible you could get a similar plan as your employer offers for a lower price.

The reality? Nobody really knows how the exchanges will impact prices once they hit the market, so everything is speculation at this point.

If you are uninsured, under the age of 26, and your parents have health insurance:

You will be able to jump on your parents health insurance plan. The “slacker mandate” requires insurance companies to offer coverage to children (under age 26) to their parent policyholders. This is great news for students, recently unemployed grads… or slackers.

If you are uninsured, but employed:

Businesses with less than 25 employees will be offered tax credits to provide insurance to employees.

Businesses with more than 50 employees will be required to offer health insurance starting in 2014, or face a $2,000 penalty per worker.

If your employer takes the penalty, you’ll have to face the individual mandate.

Individuals who are unemployed or whose employers do not offer affordable health coverage, and whose household incomes are less than 400% of the federal poverty level, are eligible for subsidies toward health insurance exchange purchased plans.

If you are uninsured and self-employed, unemployed, or low income:

The individual mandate was upheld. This means that you must purchase health insurance in order to avoid a “tax penalty”. This was the most contentious piece of the legislation, as many felt forcing the purchase of health care is un-Constitutional. The Supreme Court ruled that it was Constitutional because the penalty was effectively a tax and Congress has the power to tax.

Factcheck.org highlighted how much tax one may pay: The minimum amount — per person — will be $695 once the tax is fully phased in. But it will be less to start. The minimum penalty per person will start at $95 in 2014, the first year that the law will require individuals to obtain coverage. And it will rise to $325 the following year.

Starting in 2017, the minimum tax per person will rise each year with inflation. And for children 18 and under, the minimum per-person tax is half of that for adults.

However, the minimum amount per family is capped at triple the per-person tax, no matter how many individuals are in the taxpayer’s household. So, for example, a couple with one child over 18 (or two children age 18 or under), and no coverage, would pay a minimum of $285 in 2014, $975 in 2015 and $2,085 in 2016. And that would be the minimum no matter how many uninsured dependents a taxpayer has.

The tax would be more for those with higher taxable incomes. When phased in, it will be 2.5% of household income that exceeds the income threshold for filing a tax return. For 2011, those thresholds were $9,500 for a single person under age 65, and $19,000 for a married person filing jointly with a spouse. So, to give a rough calculation, a couple with $100,000 of income might pay a tax of $2,025 if they choose to go without coverage.

Individuals who are unemployed or whose employers do not offer affordable health coverage, and whose household incomes are less than 400% of the federal poverty level, are eligible for subsidies toward policies.

Medicaid through expanded eligibility criteria, will cover people who earn up to 133% of the federal poverty level, or $10,890 for a single adult or $22,350 for a family of four.

The subsidies will cap the amount lower- and middle-income individuals and families will have to spend on health coverage, to 9.5% of household income for those at 400% of the federal poverty level and less for those at lower income levels.

Some of the Other Major Components Include:

In particular, an insurance company denying coverage for pre-existing conditions or dropping a pricey customer is ethically wrong – and I am glad to see this practice become banned.

I am also optimistic (if not convinced) that health insurance exchanges will lower premiums for everyone.

But there are things I don’t like as well. My hope is that employers don’t drop coverage if premiums increase as a result of the Act, as has already been threatened by some. I also don’t like how little is done to focus on keeping health care costs lower.

Here’s the thing – U.S. health care expenses per capita greatly exceed all other developed countries (by almost double) as you can see in the below chart. Should the U.S. adopt a single payer and/or universal health model like other developed countries ALL do, as they have proven to keep costs under control? Nobody benefits from health care expenses twice the average of countries we are direct economic competitors with. The government loses. Businesses lose. Citizens lose.

Our current health care system is broken and we need change. Will the PPACA be enough change? I have my doubts. But our current political climate is not conducive to a game-changing move like a switch to single-payer and/or universal healthcare (did you know that in Canada, a consortium of businesses pay significant money to keep the image of single-payer health care in a positive light, ironically). Like it or not, Obamacare is a passive path to that end result.

Am I glad that attempts to reign in health care costs are being made? Absolutely. My hope is that if certain aspects of PPACA are detrimental, they will be changed or eliminated. You have to start somewhere, and the U.S. is in crisis mode with health care cost inflation.

On a pure self-interest level, I REALLY like my recent switch to my employer’s HDHP with their contributions to a complementing HSA. I would hope that I could keep a similar plan whether employed or self-employed. My ability to keep this good thing going at a low cost will definitely impact my like/dislike of Obamacare in the future. 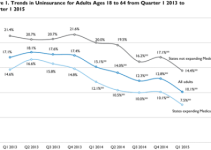 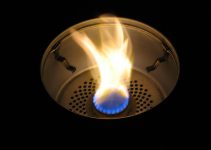 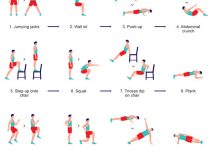