The United States Supreme Court ruled in Obergefell v. Hodges that state-level bans on same-sex marriage are unconstitutional. Previously, the federal government only recognized gay marriage for tax purposes in states that recognized them as “legal”, but a number of states had banned gay marriage. Not anymore.

With this decision, married same-sex couples throughout the United States have equal access to all the federal benefits that married opposite-sex couples have. This means that all legally married same-sex couples will be treated the same as heterosexual couples for federal tax purposes (including income, estate, and gift taxes), regardless of state of residence. In other words, if you are legally married as a gay couple, you can (and must) now file your taxes as “married filing jointly” or (the much less common) “married filing separately” status.

There are a lot of implications for married same sex couples that come with this announcement, so I’ve done research to provide a Q&A resource for those folks who are impacted (and those who are simply curious).

What if I Have a Registered Domestic Partnership? Am I Impacted in Any Way?

No. Individuals of the same sex and opposite sex who are in registered domestic partnerships, civil unions or other similar formal relationships that are not marriages under state law are still not considered as married or spouses for federal tax purposes. For more information, check out the IRS FAQ on domestic partnerships.

When do Amended Returns Need to be Submitted by?

Am I Required to file Amended Tax Returns?

No, you are not required. Amended tax returns will be optional.

What are the Benefits of Filing as Married vs. Individual?

One of the biggest implications will be on health benefits for spouses. Previously, same-sex spouses had to pay for spousal benefits on an after-tax basis. Now, that benefit will be paid with pre-taxed dollars. This can be factored in to amended returns.

Are there Any Downsides to Filing Married vs. Individual?

Actually, yes. Due to the progressive nature of tax brackets and how they vary based on individual or married status (at most levels, married brackets are less than 2X the sum of individual brackets), many same sex couples will now pay a higher tax rate for combined income that pushes them to a higher tax bracket than if they were still filing as individuals.

Yes. All federal benefits are impacted. 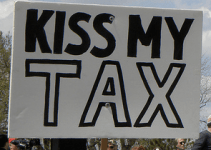