Update: sadly, Ford has ended production of the Fiesta. However, this outdated article lives on for nostalgia purposes.

Buying a new car typically doesn’t make the list of best personal finance practices. That being said, we all know that, and whole bunch of us still end up doing it. IF you’re going to buy a new vehicle in the coming years, you may want to look no further than the Ford Fiesta. Here’s 6 reasons why:

A while back, I highlighted the top 10 cheapest new cars of 2010 (with automatic transmission). In case you missed it, here’s a brief recap of MSRP’s.

Note: I now have a more up-to-date list of the cheapest new cars.

The Ford Fiesta wasn’t on this list because it debuts as a 2011 model. The MSRP for the 2011 Ford Fiesta sedan model (with auto transmission) is $14,390. Should the above list stay about the same, that would put the Fiesta firmly in the #5 spot with its price point, and only $600 out of the #2 spot. For an American car, with all of its legacy costs usually included in the price, that is unusually affordable.

2. American Made Quality is Back

In last year’s JD Power Survey, Ford was even with Toyota (long viewed to be superior to American manufacturers) for initial quality. More recently, Ford surpassed Toyota in overall quality perception in a survey of 150,000 potential car buyers. Of the top 7 (shown below), Ford also owns a controlling share of Mazda, who made #3 on the list. 5 years ago, who would have imagined the 4 out of the top 7 non-luxury vehicle brands in terms of quality perception would be American?

3. Ford Fiesta is the Most Fuel Efficient

4. Ford is Profitable Again – your Warranty is Good

Ford is back in the black. They ended 2009 with a profit of $2.7 billion, which blew away estimates. Market share is gaining, and the company appears to be on the right path. Unlike GM and Chrysler, Ford did not need to be bailed out by the U.S. Government. Their prospects for surviving, and even thriving are excellent at the moment. You do not need to worry about Ford’s business being in trouble and them not being able to honor your warranty.

5. Did I Mention Ford is American?

Believe it or not, I have zero affiliation whatsoever to Ford. No friends, no family, no monetary relationship. The closest affiliation I’ve had with Ford is that I used to work for a non-profit in Michigan, and the #1 and #2 corporate givers and volunteers were Ford and GM, even in the years when their futures both looked very bleak. How much did we receive from Toyota, Hyundai, Honda, and others? Nothing. Score another one for Ford.

6. The Fiesta is a Cool, Sexy Little Car

We’re not chatting about a bugly little piece of crap. The Fiesta doesn’t evoke thoughts of vomiting such as the Chevy Aveo, Honda Civic, Toyota Camry, or just about anything from the Hyundai/Kia lines. It’s a pretty good looking little car with a cool look to it. I wouldn’t feel the least bit ashamed or embarrassed to drive one.

If you reserve a Ford Fiesta before April 2 of this year, select models will come with Sync, navigation, and premium sound at no extra charge. When you reserve, you are under no obligation to purchase and don’t have to put any money down. 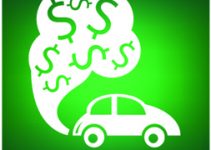 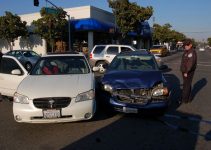 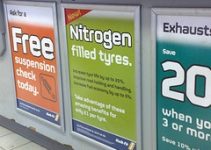