What is the Tata Nano’s Price?

The Tata Nano was released in India for the price of $2,000 US Dollars (Update: in 2021, it looks like the Tata Nano price is about $3,243 USD for the base Nano GenX XE model). It will easily carry the title of world’s cheapest car – by far.

The Nano is garnering lots of news attention as being a ‘Contrarian’ vehicle. In other words, it’s small, cheap, and there is no excess in this vehicle. When you think about it, this is the perfect time for a vehicle like this to hit the market as global market conditions are really making people rethink their values and spending habits. But would you buy it?

What do the Tata Nano base model specs look like?

Basically, an enclosed motorcycle with 4 wheels that includes:

There are a few different Nano models available

What Benefits Does the Nano Bring?

What are the Downsides of the Nano?

Would I Get a Nano?

Depending on my situation, I might. I’m sure the Indian Nano’s American counterpart won’t be anywhere near $2,000 when (or if) it hits this market, but if it’s anything around $5,000 or less, I would seriously consider it – but only as a vehicle to get around town. However, I’d probably just stick to riding a bike to work instead and use another vehicle that is OK on the highway.

It definitely is a market changing vehicle in lower income geographies, so I’m excited to see the positive influence the vehicle will have on U.S. competition. 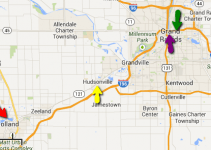 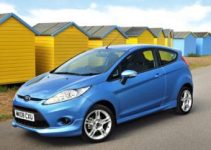