When you walk in to virtually any bank these days, you should be able to find a sticker or sign that says, “FDIC“, along with the statement:

Deposits are backed by the full faith and credit of the United States Government.

That may give you a warm and fuzzy feeling inside that your hard earned cash is safe, but what exactly does that stamp of approval mean? What’s the history behind the FDIC? And how much of your deposits are protected by them?

Important stuff everyone who gives money to a bank should know but – alas, most of us probably don’t. Knowing the answers should give you a little more comfort in keeping your assets in a bank versus your mattress or a hole in the ground – and more importantly, how to keep all of them safe.

What is the FDIC?

The FDIC is an acronym for the Federal Deposit Insurance Corporation. It is an independent government agency, created in 1933, that insures bank deposits in the United States. Institutional bank members must carry that FDIC logo/statement within each branch.

The FDIC insures over $10 trillion of deposits in U.S. banks and thrifts that are member organizations (but not investments – more an that later).

Aside from insuring deposits, the FDIC directly examines and supervises more than 5,670 bank and savings institutions for operational safety. In order to maintain insurance coverage, banks must adhere to specific fiscal guidelines that the FDIC sets.

What is the History Behind the FDIC?

Back in the late 1920’s and early 1930’s, bank runs were extremely common. If rumor spread that a bank was in financial trouble and might become insolvent, large numbers of depositors would pull out their assets in a short amount of time (wanting to get their money out before the bank did go insolvent). This, would then increase the likelihood that the bank would fail and fall in to bankruptcy. And more withdrawals would ensue until it eventually happened.

At the time, there was no insurance on deposits. As a result, there was little confidence in the banking system. And you can imagine how paranoid and resistant to depositing this would make everyone. If you heard that your bank might be in trouble, you’d stop whatever you were doing and run over to the bank to pull out your money before you no longer could.

If a bank is irresponsible with its finances, should you, as a depositor, lose all of your assets if the bank becomes insolvent?

The FDIC was created in 1933 to restore confidence in the banking system by protecting depositor assets.

Are Any Banks Not FDIC Insured?

If there are any banks that are not FDIC insured, good luck finding them. Even though FDIC insurance is not mandated, who wants to put their life savings in a bank that is not FDIC insured when just about all of them are? Huge red flag. It would be an extreme competitive disadvantage for a bank to go without. Being FDIC insured is essentially a necessary requirement of doing business.

Still, it would be wise to check before you hand over your life savings. Here is a search tool to determine if a bank is FDIC insured.

How is the FDIC funded?

The FDIC receives no Congressional budget appropriations. It is independently funded by premiums charged to banks and thrift institutions pay for deposit insurance coverage and from earnings on investments in U.S. Treasury securities. Just like any type of insurance transaction, the tradeoff is premium payments in to a large pot in exchange for protection from unfortunate circumstances. However, with the FDIC, there is the added pressure for banks to be competitive, as mentioned earlier. Without FDIC insurance, they are not.

Are Credit Unions Covered by the FDIC?

No. Credit unions are covered separately by a very similar organization – the National Credit Union Administration (NCUA), which was created in 1934. Coverage levels from the NCUA are identical to those offered by the FDIC for member credit unions.

What Types of Assets & Accounts are FDIC Insured?

The FDIC insures deposits at its member organizations. Deposits are most commonly savings accounts, money market deposit accounts, checking accounts, and certificates of deposit (CD’s). You’ll want to be careful if you are buying any other types of investments through a bank by making sure that they are also covered.

What is the FDIC Insurance Limit?

The FDIC insurance limit is currently $250,000. This has changed over time:

The increase was temporary in 2008, but was made permanent in 2010 under the Wall Street Reform and Consumer Protection Act. The FDIC & NCUA boards have authority to increase the amount every five years.

Note that the $250,000 in protection is not per depositor. This is an important distinction for you to know.

Technically, the deposit coverage is $250,000 per depositor, per insured bank, for each FDIC account type. Categories include:

So if you have the following three accounts, all at the same FDIC covered institution:

If you have any doubts about how much is under coverage or what types of accounts would classify as separately covered, the FDIC has an insured deposit calculator.

Does the FDIC Cover Investments too?

The FDIC insures deposits only. If a bank covers a retirement fund that held deposits, that would be covered. However, it does not insure securities, mutual funds or similar types of investments that banks and thrift institutions may offer. Those are covered by the SIPC – at $500,000 per account type. Some banks have security investment options available, along with accompanying SIPC coverage.

Is the FDIC Fail-Proof?

The FDIC’s track record speaks for itself. Since the start of FDIC insurance on January 1, 1934, no depositor has lost any insured funds as a result of a bank failure.

However, bank runs still do happen (see Washington Mutual and hundreds of other banks during the financial crisis that sparked the Great Recession). If enough bank runs happen, is it possible that the FDIC itself could become insolvent? Sure. Is it likely? Probably not. And if it does happen, the government has been known to print money in the time of need before and it would probably do it again to back the FDIC. It is not something I would personally be concerned about. Besides, most of your money should be in investments, not bank accounts earning 0 – 1% interest! 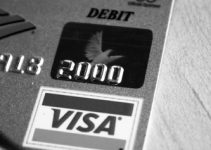 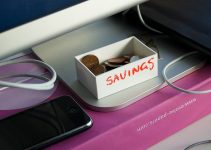