If you’ve spent any amount of time reading personal finance advice, you’ve surely come across gurus or opinionated individuals with an unwavering faith in the power of income to cure all financial ills.

“Don’t worry about the little things – just focus on boosting your income and that will cure everything”, they say.

They say that because it’s what people want to hear. Why?

Earning more is what we’re attracted to, but it does not cure all.

Sure, earning more money is helpful (it is half of the personal finance equation, after all), but it’s not everything. You can try to boost income all you want (spoiler: unfortunately, much of income earning power is out of your control), but even if you’re successful at doing so, the natural state for most Americans is to spend what they earn and live paycheck-to-paycheck anyways.

A recent AP poll found that,

Three-quarters of people in households making less than $50,000 a year would have difficulty coming up with $1,000 to cover an unexpected bill.

Welp, how about making more than $100K? Surely, that must be the ticket, right?

So even a good chunk of those with significant incomes that are well above the national median household income have little-to-no-to-negative cash flow because they are spending every bit of what they earn. Like most Americans, their personal savings rate is effectively zero.

It’s almost as if our personal inflation rates magically meet or exceed our income growth rates, despite our income earning level. Perhaps the easier explanation is that we feel a entitled or at least extremely motivated to spend everything we earn. To not do so would be… un-American.

Here’s the thing – to build wealth, you must defy status quo. This means you must focus on your spend behaviors, no matter how much income you make. In fact, it would be wise to completely separate the two. There should not be a direct correlation between how much you earn and how much you spend. If there is, that’s when you get in trouble.

Taking it even further, why not work really hard to be good at both? Why not add superb spendthrift skills to more earning power? That’s when things can really take off for you. 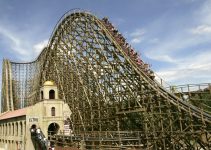 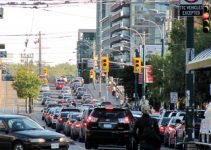 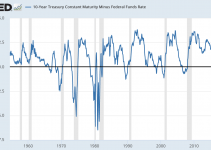