Back when I was writing my post on the worst return policies, I almost lumped in every contractual wireless service provider due to their pesky early termination fee penalties that are enforced in order to lock you into false brand loyalty. However, EVERY ONE of the four national carriers make early termination fees a central part of their contractual agreements.

I understand the business reason behind early termination fees. However, if my service or device is awful and you’re a customer focused company, you will try to make things right and not add insult to injury by stinging me with hundreds of dollars in early termination fees. For that reason (and lower costs elsewhere), I decided a few years ago to make the move to prepaid, no-contract cell plans. A few of the BIG 4 carriers offer prepaid plans now, but the cost is usually prohibitively high (either by service cost or device) to entice you into jumping into a contract.

What is an Early Termination Fee?

It is quite possible that you have never had to pay an early termination fee. If you have, you know how painful they are. If you have not, they essentially serve the dual purpose of:

Often times, when you receive a discounted phone for being a loyal customer, your contractual agreement renews, and most do this without mention.

I’ll rank order the four national cellular service providers early termination fee policies from best to worst, and then offer up a few alternatives if you want to avoid them altogether.

# of days to cancel without early termination fee: n/a

Restocking Fee? The T-Mobile restocking fee is as follows:

AT&T brings their ‘A-Game’ by boosting termination fees up to $325. They also have a restocking fee for all devices.

# of days to cancel without early termination fee: If you have agreed to a one-year or two-year service commitment, you have 30 days after purchase (or shipping date, if equipment is shipped) to cancel your service without incurring a Cancellation Fee (also referred to an ETF)

Verizon is the worst of the worst with the highest early termination fees, ZERO pro-ration based on how many months of service you’ve already paid for, and a restocking fee to boot. Customer beware.

How to Avoid Early Termination Fees

If you want to avoid the early termination fees, you have to go with a no-contract, prepaid provider (aka MVNO’s). You’ve heard me talk about a few of these before, but they are worth mentioning again. The problem with some of these plans is that if you do want a top of the line device, you are going to have a significant up-front cost to buy that phone, as they are usually not discounted. Factor in the cost of the phones into the monthly service costs to get a true comparison to a contractual offer. Older, or less advanced models, on the other hand, are usually dirt cheap. 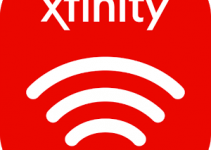 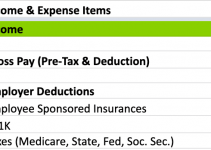 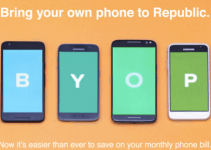