Here’s a fun little idea that can lead to you reducing your impact while saving money, simultaneously.

Instead of using a monster-sized towel to dry yourself off when exiting the shower (leaving it just partially wet), just switch to a sleek hand towel instead!

This idea came to me after a series of post biking to work showers, in which I was left no other choice than to use a hand towel to dry (at the time, the locker room was frequently running out of the larger towels).

Each time, to my surprise, the hand towel adequately dried me off. It’s worth nothing that I’m 6’4”, 185 pounds – and we’re talking about some paper thin hand-towels here. Yet, it worked.

This experience left me thinking, “at what point in our bigger, better, faster consumer de-evolution did we settle on a big-ass, super plush, 5′ x 7′ beach towel to dry ourselves off when we exit the shower?“. OK, not those words exactly, but something along those lines.

Now, before you snicker and laugh off the idea, consider all of the personal benefits:

Laundry savings: this is the big one. Lets say you’re in a 2-adult household and each of you only washes your two giant towels once per week. That’s a load of laundry per week right there. Have kids? 2 loads. And with that laundry you are using the electricity to run the washer, the water, the cost of laundry soap, the gas to heat the water, and the electricity/gas to dry it. 52 times a year! Not only is there significant cost involved in all of those inputs (and wear and tear on your washer and dryer as towels retain a lot of water and get very heavy), but there is also a significant environmental impact. With a hand towel, just throw them in with your other laundry. No need for a separate load.

Cost of the towel savings: hand towels can be had for about 25% of the price of a large bath towel, at about $4-5 each. And after a towel loses its plush texture, most people end up replacing them. You could even spoil yourself with increased thread counts and organic cotton and come out ahead. Sure, your savings from buying only smaller towels will be modest, but every little bit helps.

Space savings: Giant bath towels take up a ton of space that many bathrooms simply do not have. And you usually have to scrunch them up on a towel rack in order to get them to fit properly. This can lead to them not drying properly or at all before your next shower. Then there is the backup towel storage in a linen closet. The hand towel will take up significantly less volume in storage. And if you travel or take a towel somewhere for workouts? Less volume to haul around with you. Your inner minimalist will love you for the switch.

Billions of people on this planet have no towels or even clean water to bathe in. And hundreds/thousands of generations before you had no towels at all. So simply right-sizing your towel without losing any functionality seems like a minuscule sacrifice. I hate to even label it as such.

Remember, a towel’s sole reason for existence is to get you dry. And if a smaller one fulfills that goal why waste all of the money on the partial use of a larger one.

The best part is, you probably already have hand towels, and there is no downside to giving it a test run, is there?

Let us know how it goes. 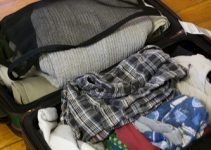 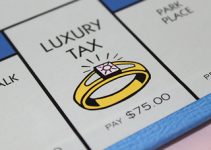 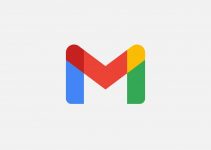