Article note: My wife recently highlighted her car accident story. This is a follow-up that we worked on together on getting driver points dropped (and/or insurance discounts) through a defensive driving class, right after she got accident forgiveness from her insurer. Before getting to this point, however, it is beneficial to know what to do when in an accident, before you leave the scene to get the best result with insurance companies.

The only thing worse than getting in a car accident is getting the ticket for the traffic violation on top of it, and in some states, the points that follow if you are at fault.

Many states have a driver point system as Michigan does. The way this usually works is that each traffic violation has a point value, which is set by your state’s vehicle code. Points are placed on your driver record after you have been convicted or found guilty of or responsible for a civil infraction.

Driver Points: the Gift that Keep on Giving

In Michigan, points placed on your driver record remain there for two years from the date of conviction. “Conviction” sounds harsh, but it could be as simple as you receiving and paying a ticket given to you by a law enforcement officer.

The downside of points are:

There is a way, however, to get rid of points in order to prevent insurance premium increases.

A number of states allow participation in a defensive driver course (Michigan calls it a Basic Driver Improvement Course, or BDIC) if you don’t already have an excessive amount of points. This could be either in-person or an online course.

The State of Michigan states that if you successfully pass the course, any points from your current violation are not placed on your record and the violation and points will not be disclosed to your insurance company, present or future.

In my wife’s case, she received two points (under the max limit of 3) so she was eligible to participate.

Even if your state doesn’t have a ridiculous point system, there could be other financial benefits to completing a driving course.

As we looked into this option, we also learned that a number of states require insurance companies to give an insurance premium discount to those who complete a defensive driving course. Some insurance companies will do this voluntarily in all states. Some states make it a mandatory requirement for insurers.

In other states, completion of the course results in discounts for younger drivers (i.e. 16 to 25) or for elders (age 55+).

So, I suppose that it is possible that if you clear your driver points through completion of a driver course and get a premium discount on top of it, you may actually end up saving money on your auto insurance. Not bad for a few hours of time and a nominal fee!

Getting Points Dropped May Not Make you Immune From Rate Increases

Getting your points dropped can help limit rate increases, however, if you make an insurance claim to cover the cost of an accident (even if you were not at fault), your accident will be reported to your CLUE report, and it will likely raise your insurance rates. 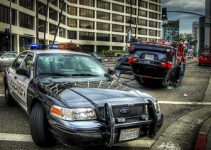 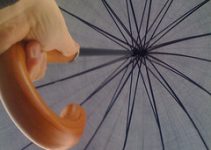 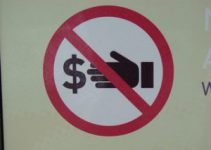