If you’ve been through the public (or even private) school system, you know very well that personal finance is not taught in school. If you have children and you read personal finance blogs, you also know that among the most valuable skills you can teach/learn in life are personal finance, delayed gratification, and the power of compound interest.

They won’t learn the true power of compound interest by sticking their savings into a bank account these days, with interest rates being as minuscule as they are. And you can’t add their savings to your own investment accounts, without tax implications. So, where can one turn?

Today, we’ll discuss IRAs for minors – otherwise known as custodial IRAs, how they work, and when they can be contributed to. I thought it would be easiest to go through a list of questions I had about custodial IRAs and the answers I found.

What is a Custodial IRA?

At its simplest, a custodial IRA is an IRA for a minor with earned income. The IRA is opened in the name of the minor (under their Social Security number), but is managed managed by custodian (usually a parent, grandparent, or legal guardian), generally until the minor reaches age 18 or 21 (varies by state rules). At that point, control over the custodial IRA is assumed by the minor, and the “custodial” tag is removed.

A custodian cannot withdraw or remove funds from an account they are managing, for any reason. It is owned by the minor.

How do Custodial IRAs Differ from Regular IRAs?

Really not at all other than the whole custodial thing. You can open either a Roth or Traditional custodial IRA.

All of the tax, penalty, and early withdrawal rules are the same. The only other differences you may come across is different rules (e.g. opening account minimum) or fees from the various IRA administrators out there.

When Can a Minor Begin Contributing to an IRA?

The IRS defines “earned income” as wages, commissions, tips, salaries and self-employment income. So a minor could be a self-employed driveway shoveler at age 7, for example, and it could be considered earned income. Allowances for your household chores are generally not accepted to be earned income by the IRS.

If the child receives IRS Forms W-2 or 1099, you automatically have records of earned income. Otherwise, keep detailed records of how much money was earned when and from whom.

Investment and inheritance income is not considered to be earned income.

When determining whether or not to use a Roth or Traditional custodial IRA, consider that the main benefit of a Traditional IRA is the ability to deduct taxes on contributions on your tax return. However, most minors don’t earn enough to even require filing taxes on earned income (if the dependent minor earns less than the standard deduction).

Additionally any withdrawals will be taxed, and that just seems like a mess to deal with. Roth custodial IRAs just make more sense for their ease of use.

Can Custodial IRAs be Used to Pay for Education without Penalty?

A custodial IRA created for the purpose of paying for education expenses may not be the best idea. You should also compare with Coverdell Education Savings Accounts and 529 Plans, if your long-term goal is to help the child save for education.

Where can you Open a Custodial IRA?

Most online brokers offer custodial IRAs. Some will have account opening minimums that are lower than a standard IRA. If you don’t see otherwise, you can probably assume the standard 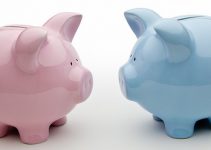 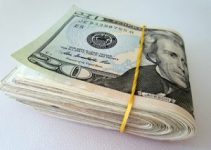