Update: details on the new Costco card (called the Costco Anywhere Visa Card by Citi) have now officially been released, and the cash back rewards are better than originally speculated below.

I love Costco. To prove it, I’ve shifted an increasing share of my total grocery bill over to them every year for the last 5 years. Not all of Costco’s items provide mind-blowing cost savings over typical grocery store options, but if you compare price-to-volume on commonly bought items, you can occasionally come out with prices that are 30-40% better than you’d find elsewhere (here are a few of the best Costco warehouse deals).

Paying for those items via credit card has been a matter of exclusivity over the years. And for the last 16+ years, that exclusivity has been with American Express. But that is about to end. As Costco members are probably well aware of by now, Costco’s partnership with American Express will be ending March 31, 2016. That will bring an end to a 17-year exclusive partnership between the two companies. If you spend as much at Costco as I have, that is big news, and you’ve probably been anxiously awaiting the new Costco Visa Card details like I have.

At first, I was disappointed to hear the news. AmEx has provided the best credit card company experience of any I have been a customer of. Their discounts and promotions are great, their cash back rewards have always been top-notch, their website user interface is unparalleled, and their cards offer a lot of excellent bonus perks and protections for users.

Will the cash back rewards from the new secretive Costco Visa be better than the TrueEarnings Amex? Both Costco and Citi have been extremely tight-lipped on the details, so everything until recently has been speculation. However, Costco recently sent out a letter to their members that I think gave some hints at what the new Costco Visa Card might look like. I couldn’t find this letter anywhere online, so I decided to add it here, in its entirety, because I think it offers a lot of clues as to what the new Costco Visa rewards details will be:

As part of our continuing commitment to provide our members with the best value possible, we have partnered with Citi and Visa to develop new credit cards (both consumer and business cards) that will provide you with the opportunity to earn generous rewards, while also delivering the service and benefits you expect as a Costco member.

Costco American Express Card holders need not apply for any new credit cards nor take any other immediate action regarding their Costco American Express Card(s). We want to assure you that Costco, Citi, and Visa are focused on making the transition to our new co-branded credit card as seamless as possible. We appreciate your patience as we continue to work out the details, and are confident that you will be pleased with the new Costco Visa credit card offering.

Costco will share further updates with you early in 2016. In the meantime we have included answers to some frequently asked questions (FAQs) on the back of this letter.

We truly value your business and your choice to be a Costco member, and we’re excited about our new relationship with Citi and Visa. We anticipate that you will be, too.”

The Costco Visa FAQs on the back were as follows:

May I continue to use my Costco American Express Card?

Yes. You may continue to use your Costco American Express Card both inside and outside of Costco until sometime after March 31, 2016, when Costco’s transition from American Express to Visa will be complete.

When will I get my new Costco Visa Card?

Costco will introduce our new Visa Card (issued by Citi) sometime after March 31, 2016. Until then, please continue to use your Costco American Express Card.

Will I need to apply for the new Costco Visa Card if I already have the Costco American Express Card?

It is unlikely that you will need to apply for the new Costco Visa Card. Costco will provide more information as we finalize the details of our new credit card program.

Will Costco accept all Visa cards, or just the Costco Visa Card?

Costco will accept all Visa cards in the U.S. and Puerto Rico.

Will the new Costco Visa Card offer a cash rebate like the Costco American Express Card?

Yes. The new Costco Visa Card will offer a very generous rebate package. Details will be provided in early 2016.

Will the new Costco Visa Card also serve as my Costco membership card?

Yes. Your Costco membership information will be placed on the back of the credit card along with your photo.

What happens to the cash rebates earned with my Costco American Express Card?

Rebates earned in 2015 will be issued in the form of a coupon included in the February billing statement from American Express, just as they always have. Details regarding the method of issuance for rebates earned in early 2016 have not yet been finalized, but we can assure you that all rebates under the terms and conditions of your agreement with American Express will be issued.

Where can I get more information?

The original press release announcing Costco’s relationship with Citi and Visa can be found by visiting Costco.com. Click Investor Relations, then Recent News. Select the 03/02/15 press release. Costco will share more information about what you can expect as further details are finalized.

Phew… my carpel tunnel was starting to kick in there…

There are nuggets in those FAQ’s (and elsewhere) that I’ve pulled out that shed some light on the new Costco Visa details:

1. “Costco will accept all Visa cards”

Costco is basically replicating the same relationship they had with AmEx here – this is great news for Costco customers. Citi currently has the Citi Double Cash Card, which offers a net 2% cash back (1% when you buy and 1% when you pay on time). Unfortunately, this card is a Mastercard and not a Visa, so you will not be able to use it at Costco. However, I have a hard time seeing Citi offering a card in their lineup that offered better cash back rewards than what they would offer with their new Costco Visa Card. That right there tells me that the minimum Costco Visa cash back rewards will be 2%.

Furthermore, there are other Visa rewards cards available that offer a net 1.5% cash back, such as the Capital One Quicksilver Visa Signature Card. Both are no annual fee cards, but the Capital One card is a Visa that could be used at Costco. Citi would be foolish to be outdone here, because they would lose potential subscribers and completely defeat the purpose of the agreement with Costco that they worked so hard to earn.

You don’t mess around with terms like “very generous” and then turn around and give your customers only 1% cash back again. To avoid pissing off and losing customers by the hassle of the switch, the new card’s rewards almost have to be better than the old card. Don’t they?

3. “Your Costco membership information will be placed on the back of the credit card along with your photo”

4. AmEx would not meet Costco’s demands

In the AmEx press release I linked to earlier, AmEx stated “we were unable to reach terms that would have made economic sense for our Company and shareholders”. This leads one to believe that Costco’s rewards demands were too rich for AmEx (and higher than the 1% offered previously). Costco holds most of the leverage in the negotiation with whatever credit card provider they are working with, because they offer exclusivity.

My prediction on the new Costco Visa rewards:

Based on everything we’ve seen here and the fact that Citi has previously struggled in keeping up with Capital One, Wells Fargo, Bank of America, and Chase in credit card membership (to the point of desperation), my guess is that the new Costco Visa Card will have 1-2% cash back on all Costco purchases as well as some other combo of cash back for other types of purchases (i.e. 3% at gas stations, 2% on travel, 1% elsewhere).

If it doesn’t have 2%+ cash back for Costco purchases, my recommendation is that you cancel your new Costco Citi Visa as soon as it is issued and then go pick up another Visa with better rewards, like the Capital One Quicksilver, that you can then use at Costco. 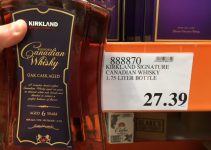 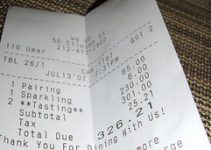