If you are not one to compromise food quality (like me), but still seek out a good deal – the odds are strong that you have a Costco membership. And, if you don’t, you should seriously consider it.

Just check out some of the Costco prices that I highlighted in my best warehouse deals post in comparison to the reputably inexpensive Trader Joe’s:

I wrote an entire article comparing Costco’s Kirkland dog food & cat food to similar products from other brands, and found prices to be a third to half the price of comparable brands, per pound. Just as one example of the great value that Costco can provide.

Costco prices can commonly be anywhere from 15-50% of the prices found at Trader Joe’s – with even larger savings in comparison to other grocery stores. It’s not an apples to apples comparison – Costco does have limited SKUs and the items you purchase are often in bulk volume (sometimes in quantities that no normal human family can finish before going bad). Nevertheless, there are some great deals to be had.

The Cost of a Costco Membership

To get access to that kind of pricing – there’s a cost. Costco memberships range from $60 (Standard Gold Star) to $120 (for Gold Star Executive, which comes with a 2% cashback rebate each year). Those fees are not insignificant. And they just so happen to be how Costco makes a good share of its profits. In fact, their 2021 annual report indicates that 78% of Costco’s net income comes from its membership fee revenue from over 105 million members worldwide. Costco’s markups on food pricing are razor thin, which benefits its members. The more food essentials you buy and eat from Costco, the more you benefit (just stay away from most of the other stuff).

Is there a Free Costco Membership or Trial?

There is no free Costco membership, shopping pass, day pass, trial pass, guest pass, trial membership, or other trial period where you can walk up to the door, walk in, and buy whatever you’d like.

However, if you’d simply like to see what the store has to offer, you are welcome to enter and walk around and look. I have never been asked for my membership card when I enter a Costco, even though they do have greeters who seemingly are there to encourage you to show it. If you’re overly concerned about going in to Costco without a membership card, but know someone who is a member, Costco’s guest policy states:

Anyone with a card can bring up to two guests to the Warehouse during each visit. Keep in mind that purchasing items is exclusive to Costco members.

To buy most goods, you must be a member (with a few big exceptions that I’ll cover) or have a member make the purchase on your behalf.

Of course, you might not be comfortable asking for that and it could get old quick for the member. There is another way…

Risk-Free 100% Satisfaction Guarantee. On Membership: We will cancel and refund your membership fee at any time if you are dissatisfied.

So, you could pay your membership fee, give it a trial run, and if you feel you are not getting the value from it that you’d like – ask for a refund. You can do so at a Costco membership desk any time.

But, what if you just want to get in the door and walk around to see what Costco has to offer, pricing, and all that good stuff – but you don’t know a member you are comfortable tagging along with?

Buying Alcohol at Costco without Membership

I was not able to find any official Costco messaging on this, but it appears from my research that Costco allows alcohol sales to non-members (of legal drinking age, of course). In fact, the idea for this post was spurred by a conversation from someone who had done just that and told me about the exception, much to my surprise.

This may vary by state, but as far as I can tell, it is a national policy. Are there alcohol sale regulations around this Costco policy? I’m not quite sure. Update: find out more on this policy in my Costco alcohol price list post.

Having bought alcohol at Costco – I can vouch for the deals to be had. A 24-pack case of pint-size Guinness cans for $23.99? You bet. 1.75 liters of Kirkland brand Canadian whiskey for $20? Yes, please.

If you let the Costco door attendant know that you are there to buy alcohol, they should let you in the door. And once you’re in, you can walk around and check everything out.

Prescription drug sales, like alcohol, are highly regulated. And Costco and other membership stores must offer equal access and pricing for prescriptions to all consumers, regardless of membership status.

Simply let the door attendant know that you are a non-member who is picking up a prescription. That should get you in the door.

And by the way, prescriptions at the Costco Pharmacy are very inexpensive. They also include pet prescriptions. Our dog’s insulin is the cheapest at Costco, and we’ve looked at over a dozen alternatives. Costco even has the cheapest flu shots for those without insurance (all insurance plans must now cover flu shots). You can buy immunizations at Costco without a membership.

Alcohol and drugs? What could go wrong.

Costco pharmacies offer a variety of health and wellness screenings for free, to both members and non-members. Here is a calendar of Costco health screenings by location. Note: these have, at least temporarily, been delayed by COVID-19.

You can get an eye exam at Costco Optical without a membership. However, to buy glasses and/or contacts, you need a Costco membership.

Get Food from the Costco Food Court without a Membership

You will, however, need cash to pay at the Costco Cafe, if you are not a Costco member. And, lately, it seems as though a number of Costcos have moved to kiosk payment in their food courts.

The deals at the Costco restaurant are very good, but the options are typically limited to hot dogs/sausages, soda, pizza, rotisserie chicken, sundaes, and frozen yogurt. It’s not a health spa.

Non-Members Can Purchase from Costco.com (with a 5% Surcharge)

Non-members can purchase from Costco’s website, Costco.com, at any time. There is a downside, however:

If you are not a member, you will be charged a 5% surcharge over posted prices for members (except for prescription drugs). This is because our ability to offer low prices on brand-name items is due in large part to our membership program, which is designed to reward members for their loyalty.

This excludes Costco “member-only” items, which require a membership to purchase.

Costco also has a cash card (fancy name for a gift card) that they call the “Costco Shop Card“. With a Costco Shop Card, any non-member can show the card to get in the door and use it to make a purchase.

The trick with the Costco cash card is that it can be purchased by a member only. Again, you’ll have to rely on a member, which makes you a bit of a moocher, and it raises costs for every membership-buying member. And, once the card is depleted, you’ll have to get another fresh one from a member, or a reload by a member. The cards can be loaded up to $2,000 (and as low as $25).

If you know someone who is game, one or two cards wouldn’t hurt. I have heard (not tested), that the entire purchase does not have to be made with the card. In other words, if you only had $10 left on a card and had $150 worth of purchases, you could use the card for $10 and then use another form of payment for the remainder.

Buying Costco Items on Instacart Without a Costco Membership

Instacart Express users can purchase Costco items on Instacart without a Costco membership. Please be aware that Costco prices on Instacart are higher than they are in a Costco Warehouse (they’re going to get those membership fees one way or another!), so you may not save any money over the long-term if you buy more than a few items from Costco on Instacart.

While you may get in the door and even be able to purchase items, note that Costco stores do not accept Discover, American Express, or MasterCard credit cards as payment. Accepted forms of payment include: cash, check, debit cards, the previously mentioned Costco Shop Cards, and Visa credit cards (including the Costco branded Costco Anywhere Visa Card, which gets 2% cash back on Costco purchases).

Shopping at Costco With and Without a Membership Discussion: 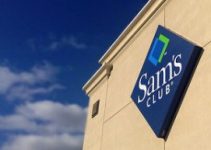 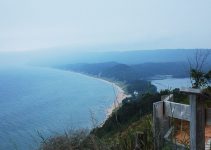 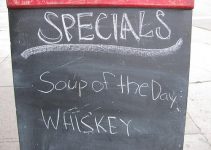