Back in 2007, Mrs. 20SF and I moved into our second home. We sat down in our new living room with a giant built-in entertainment center as the focal point, and stared at our tiny little television placed right smack dab in the middle of it. We glanced a look at each other and laughed. Our television was a 19″ CRT TV, deeper than it was wide, that I had purchased with money earned from odd jobs when I was in middle school, and it looked downright silly placed in the middle of the cavernous opening slotted a 55″ TV. It was time for a new TV.

Despite the embarrassing optics, I didn’t run out and purchase the first good TV deal I could find. I researched what the dominant platform for video definition was (and was likely going to be), and it sounded like 1080p HD was what the industry was consolidating behind. We shopped around for a few months before finally pulling the trigger on a 48″ 1080p Vizio HD TV from our local Costco. At the time, this was a fairly high-end unit that cost us around $800, our largest technology purchase ever. It wasn’t luxury, but it met all of our video viewing needs, it seemed to have the potential for a long life, so we were happy with it.

Since that purchase, many new high definition and other visual TV technologies have come (seemingly launching every holiday season), and some have gone…

And, sure, now and then the geek in me gets excited about a new technology and the idea of scrapping old for new itches at me a bit. Yet, 13 years later, we still sit in front of the same trusty old 1080p Vizio TV, perfectly content with the audio and video quality it still provides. And, lo and behold, 1080p HD is still the standard definition for new cable television and broadcast programming. Believe it or not, many stations/channels actually still broadcast in the lower definition 1080i or 720p. We’re not big gamers, but I hear that 1080p is still the standard definition for gaming use as well.

I have seen 4K definition on a few TV’s, and it has freaked me out a bit. It shows detail that I don’t want to see at times. And the high definition often leads to blurring with fast movement, particularly with sports broadcasts. Maybe the technology will improve, but I have not felt like I’m missing out.

One “issue” over the years – if you want to call it that – the Vizio only had 2 HDMI slots and we had more than 2 HDMI devices. So, instead of completing the unenviable chore of pulling the TV out to swap cords every time we wanted to switch devices, or the sinful exercise of scrapping the entire unit, I researched to find that an HDMI switch would solve the issue, bought one – and we now have 5 HDMI connection points (more than the standard 3-4 on TV units these days). Side note: it seems like there are niche gadgets, as with the HDMI switch example, that meet just about any need and extend the useful life of just about any tech device these days.

Moving forward, until the TV unit dies (I’ve probably tempted fate with this post) or the entire television and gaming industry agrees on and starts moving to a new definition standard (in which case, 1080p will still be the standard for many years after), the Vizio isn’t going anywhere.

The scaleable lesson that I hope you take away from this story is this: if you are content with your stuff – keep it. If an item still meets your needs, keep it. Everything else is just noise and consumer itch, at best. Learning how to be content with what you have, seriously questioning every purchase, and prioritizing needs over wants versus being sucked in to easily justified upgrade consumerism, can be a delicate balancing act, but it does become habitual with practice.

We have repeated a similar “contentment over consumerism” practice over and over again in our lives, and it has saved us tens, if not hundreds of thousands of dollars, while helping us avoid lifestyle inflation (aka lifestyle creep) and keeping our personal savings rate high and personal inflation rate close to zero.

For example, we didn’t switch to smartphones until mostly everyone else did and while many others spend ~$1K on a new phone they will upgrade every 12-18 months, we spent <$300 on a new iPhone SE that we’ll use for 5 years. We went from 2 cars to 1, and later negotiated a heavily discounted new car with cash and are still driving it 9 years later. My commuter bike, purchased in 2003, has definitely seen better days, but learning basic bike maintenance and skipped upgrades has kept it alive. Instead of upgrading our house size, we downsized to a smaller home. I just killed off a Windows Vista desktop (WTF is right), purchased in 2007, after the hard drive died and replaced it with… no desktop at all. And I even still wear a few apparently very well made t-shirts that I purchased in high school! These are just a few of many examples.*

Every new generation product launch, whether it’s TV’s, vehicles, phones, shoes, clothing – or any consumer product – we are bombarded with advertising, word of mouth recommendations, and our own nagging psyches, and it can be a battle to not give in to the temptation and pressure to purchase. The constant nag of consumerism can weigh heavily on our shoulders and eat up a lot of our time and money, so it’s best not to even consider upgrades until you absolutely need to. And when we are honest with ourselves about whether what we currently have is enough, the answer is “yes” more often than not.

So, if you’re content with what you’ve got, skip a product generation, or 2, or 5. Your future self will thank you. And you really, truly won’t miss a thing.

What are some examples of when you chose “good enough” contentment over an alluring consumer upgrade?

* Isn’t it interesting how much we take things for granted and how quickly we can run out of gratitude for what we have? Even the worst consumer products today would be considered mind-blowing if you went back in a time machine and showed them to your 5-year old self. And the generations before us (and even the obscenely rich thereof) had close to zero of the spoils that we have today, yet they somehow survived long enough to pro-create and maybe even live happy lives. 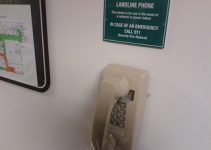 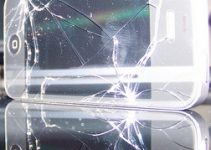 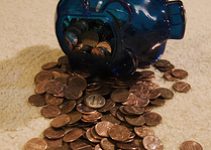