One tool I use to boost my savings is extending the life of the products (“stuff”) I already have. It’s an exercise in prioritizing need versus want. And it almost always produces a huge return on investment compared to buying new. For example:

I recently ran into another product that allowed me to do just that with my television.

Here’s the backstory. I’ve had the same Vizio 1080p HDTV since 2007. It’s served me well. Very well, actually. But one notable deficiency with televisions from the early HDTV era, however, is that they typically only have 1-2 HDMI ports because households were only using 1-2 HDMI devices at that time and older connection types for other devices.

Today, most households are using at least 3-4 HDMI capable devices (i.e. a Blu-Ray player, HD cable box, streaming device(s), gaming systems). That’s a problem if your HDMI ports are in very hard to reach places (like tucked away in an entertainment console like mine).

So… what is one to do? Go out and buy a fancy new 4K UHD TV for $497 with 3 HDMI ports so that you can simultaneously get more HDMI ports and higher definition?

Here’s the thing. We’re nowhere near 4K adoption. Few broadcasters are broadcasting 4K yet. Only a handful of television shows are even recording in 4K thus far. And zero of my vast DVD library is even up to 1080p quality, let alone 4K. Not to mention, Netflix recommends at least a broadband speed of 15 Mbps to stream the limited 4K programming they have.

It took more than 15 years for 1080p HD standard to be ratified. 4K technology has just recently come out, so it could be just as long before it becomes the standard. If you buy a 4K TV now, there’s a good chance that it will be dead by the time 4K becomes the new standard.

Luckily, I came across a much cheaper alternative before I pulled the trigger on a new TV: an HDMI switch.

Before you run out and get one, I want to clarify the difference between an HDMI splitter and and HDMI switch:

In other words – if your number of devices outnumbers the number of HDMI ports that you have, you want an HDMI switch.

After plenty of research, I decided to go with the top-rated Zettaguard 4-input HDMI switch on Amazon for $35 to boost my total HDMI ports from 2 to 5. It automatically switches between devices as they are turned on and it comes with a remote in the event it doesn’t. Best of all – my reliable HDTV lives on.

What life extending products have similarly saved you a bunch of money? 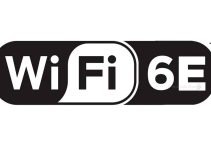 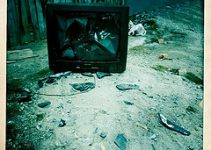 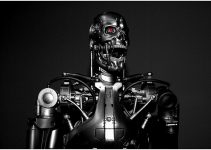