It would be hard to argue that there is not a serious moral and ethical vacuum in Corporate America these days. When companies do really sinister $hit, I do what I feel like is my part to raise awareness by calling it out on this blog.

Madoff, Enron, BP, Countrywide Financial, Healthsouth, Goldman Sachs, Toyota, GM, Bear Sterns, Lehman Brothers, Tyco, Arthur Andersen, Worldcom, Qwest, Martha Stewart, Comcast, Lance Armstrong, Martin Shkreli, and VW are some of the most famous egregious offenders, but there are tens of thousands of examples of unchecked capitalistic greed gone wrong. The more spotlight that can be shined on evil behavior to bring it out from the shadows, the better, in my opinion.

Admittedly, this can be a depressing exercise because the bad seems to vastly overwhelm the good in the news cycle. However, every now and then a positive story of capitalism gone right surfaces. And I like to highlight those rare examples even more when they do happen.

One of the best examples I’ve seen in recent years was just provided by Chobani, the Greek Yogurt company with very humble roots (it started in 2007 with 5 employees and an $800,000 loan from the U.S. Small Business Administration).

Last week, Chobani’s CEO and founder, Hamdi Ulukaya (a Kurdish-Muslim immigrant), personally transferred 10% ownership in the growing company from himself to his 2,000 employees.

Given that Chobani is estimated to be worth $3 billion (some peg it as high as $7 billion), that works out to an average stock value of $150,000 per employee. And some of the more tenured employees could end up with windfalls of $1M+.

I’m a big fan of employee stock ownership plans because they give workers a sense of pride, value, and a financial stake in a company’s success. When done right (as seems to be the case here), it can help to limit the disgusting pay inequity between company leadership and the average worker.

Mr. Ulukaya had the following to say about the move,

“I’ve built something I never thought would be such a success, but I cannot think of Chobani being built without all these people.”

More CEO’s should take a page from Mr. Ulukaya’s playbook and reward the dedicated workers who create their riches, instead of just further enriching themselves. Big companies succeed on the backs of a village of employees, never solely on one man or woman at the top (oh, and let’s not forget the help from the $800,000 US SBA loan that got this one started).

Aside from this gesture, Chobani has a strong history of corporate activism, often at the perceived expense of profit:

Yet, it’s grown by leaps and bounds. Imagine that.

Why can’t this kind of corporate stewardship be the rule, not the exception? THIS is the way capitalism SHOULD be done.

The next time I buy yogurt, I know which brand I’ll be reaching for. 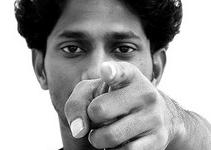 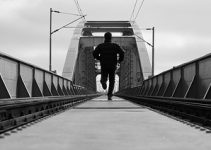