After being shelved for decades, the concept of “basic income” (aka “universal income”) has been trending lately. A number of countries in Europe have recently begun basic income pilot programs and voters in Switzerland will vote on a referendum that would mandate the government to guarantee $2,600 a month tax-free to every adult citizen and legal resident, and $650 to each child (for a family of 4, that equates to $78,000 annually).

If you’re not familiar with the concept, basic income would resemble some variation of the following:

Those in opposition to basic income argue that:

While that concept may seem highly unlikely to happen in the U.S. in today’s political climate, our neighbors in Ontario are even testing a pilot this fall, and several pilots ran in Canada and the U.S. in the 1960’s and 1970’s, with promising results. The Mincome Project in Manitoba found it did not discourage people from working, except for two key groups: new mothers, and teenage boys who opted to stay in school until graduation. It also found an 8.5% reduction in hospital visits during the experiment.

Believe it or not, the United States has come closer than any other country to passing basic income. Richard Nixon was able to have the House pass it twice, but it was defeated by Senate Democrats (who thought the amount should be higher). While basic income sounds like a liberal idea, many conservatives and libertarians are proponents because it would theoretically reduce the size of government and provide less intrusion. Milton Friedman, a well-known free-market Libertarian economist, advocated for a minimum guaranteed income via a “negative income tax” in the early 1960’s, which was a precursor to basic income.

Would it work? Is it going to happen? Here are my thoughts…

The biggest argument against basic income is that it would create a big disincentive to work. And, indeed, basic income wouldn’t work if a good chunk of the population decided to permanently stay out of the labor market. However, in prior pilots, this just didn’t happen. Recently, polls in Switzerland indicate that only 2% of people would intend to stop working if the basic income referendum is passed. At the proposed basic income level, I have my doubts. However, at a lower level that modestly covers basic expenses, I see the “disincentive to work” argument as invalid.

I truly believe that almost all people want to do productive things with their time when given the opportunity (there are exceptions, but you have that now anyways). For some, maybe that means continuing in their current job, but it could also be furthering their education, improving their health for a period, taking time off to raise an infant, taking risks to become self-employed, changing careers, etc. If basic income becomes a reality, you probably will see some people leave really bad work situations immediately. But I’d suspect that most would later return to a better alternative situation before long. Basic income could serve as the grease to wheels of mobility so that individuals may pursue whatever they may like. I see that as an incredibly positive development (similarly, that’s why I’m such a big proponent of financial independence).

The basic income concept is incredibly intriguing because it is a simplistic and one-size-fits-all attempt to raise the social bar for everyone (not just those in poverty). The reality here in the United States is that we have slowly stripped away worker benefits over the last few decades and it is more challenging for people to economically advance (and they are left with no financial mobility to do so). Good paying pensions have become nearly extinct, health insurance coverage has declined while costs have risen, and pay has only recently rebounded after a decade of decline. Meanwhile, there has been a massive shift of wealth away from the common worker to the executive class and corporate vaults. Corporate profits are at an all time high, yet those profits are not being reinvested in the economy or in workers at the rates they once were. And worker productivity is at an all time high, while workers have realized none of the economic gains.

At the same time, more and more high paying jobs are being eliminated as a result of AI and automation. It may not be a question of “if”, but “when” we reach a level of catastrophic job losses that will never be replaced as corporations automate to eliminate jobs and boost profits. In order to keep a functioning society that doesn’t devolve into chaos, basic income may become a necessity. And that may be sooner than later. In other words, basic income could basically be inevitable if current trends continue. 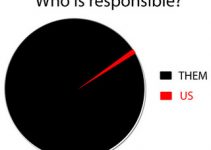 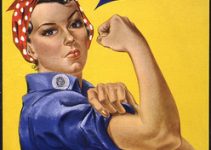 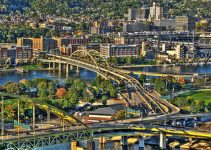