We’ve covered healthy eating/cooking quite a bit already, in the Summer of Saving series.

But I wanted to dive a bit deeper in to preventative health through the food you eat, because it is so essential.

Remember hearing from your parents when you were younger: “You are what you eat?”

Is there anything we’ve learned in life that rings more true than that piece of advice? There hasn’t been for me.

When I was in high school I ate fast food plus school cafeteria food (no healthier than fast food, sadly) 1-2 times per day. The result was I weighed in at a noticeably chunky 210 lbs. as a freshman in high school, my triglyceride levels were off the charts to the point of concern, and my LDL (bad) cholesterol was sky high – enough for my doctor to express concern. The interesting thing was that this is while playing multiple sports and having a daily gym class – so it was not for lack of exercise. It was 100% food.

Meanwhile, my family does have a history of heart disease. Not good. And definitely not sustainable. I was just a kid, but heading for some serious health problems. I needed to take action.

I started eating healthier. And took it to the next level after college. I drastically altered my diet, while maintaining a good amount of exercise. And the result is:

I am not a doctor nor a nutritionist. But I attribute 100% of my health turnaround to healthy eating and continued exercise.

When it comes to your finances, if you eat healthy food, you decrease your risk of heart disease, obesity, cancer, diabetes, bone loss, etc., etc., etc. Prevention of these diseases saves you profound amounts of money, in that you it will help you avoid:

Eating healthy is an investment in yourself and in your finances tomorrow. Plain and simple. And what is more worthwhile than that?

But where do you start, if you haven’t paid much attention to what you’ve been eating?

I’ve made a list of common sense food rules that I’ve learned over the years and follow as much as I can. Following these rules is what I attribute my health turnaround to.

Non-organic food is definitely less expensive than organic. Why? More yield. It is doused with chemicals, pesticides, and herbicides that produce more yield and greater profits for the producer.

Take strawberries, for example. Most non-organic strawberries are sprayed with methyl iodide, a toxic fumigant that has been shown to cause late-term miscarriages, groundwater contamination, and is used in labs to create cancer cells.

Consider this – if migrant farm workers (to the right), who typically work in the worst of conditions, are given this much protection to spray the stuff, why would you ever willingly ingest it?

The demand for organic food is growing 10% year over year. As the science around the long-term impact of these chemicals grows, I think it’s only a matter of time before organic once again becomes the standard.

It’s hard to put a price on the avoidance of cancer or other serious disease. This is one example where I am willing to pay a little bit more now to avoid much greater health and monetary costs later.

2. Eat Veggies, Green-Leaves, Fruits, and Nuts as Much as Possible

Since the beginning of the human race, we have been eating these unprocessed foods as part of our natural diet because they existed, in abundance, in nature.

It’s hard to argue against something that had worked for so long.

Besides, these foods are loaded with vitamins, good fats, and anti-oxidants.

When food is processed, it usually has a bunch of unhealthy stuff in it: corn syrup, refined sugar, refined bleached flour, high sodium, and trans fats. In a world where one food study says something is good for you while the next says it will kill you, researchers almost universally agree that this stuff is bad for you.

4. Eat as Little Meat and Dairy as Possible

I’ll throw an exception to this rule if you eat 100% free-range, organic, non-GMO, anti-biotic and growth hormone free meat and dairy.

Otherwise, you are what you eat. And what you are eating is corn-fed, caged, chemically induced, genetically modified, stress hormone filled, dead animal tissue.

And don’t forget that there are immediate cost savings from a vegetarian diet – as meat is not cheap.

For a period, earlier in my career, I drank coffee almost every day. And on the days that I did not, my body craved it. I had severe headaches, I felt lethargic, and out of sorts. Until I stopped drinking it altogether and the problem went away.

And the same could be said for alcohol in my college years.

Anything that you put in your body that creates a chemical dependence and withdrawal symptoms in its absence is probably not good for you.

So now I occasionally socially drink coffee and alcohol vs. habitually drink it, and have no withdrawal problems.

This stuff is REALLY bad for you.

A can of Coca-Cola, for example, is nothing more than water + sugar (if you’re lucky – most have switched to corn syrup) + caffeine + brown food dye + carbonation + phosphoric acid.

It contains 39 grams (10 teaspoons) of sugar. But we continue to drink it because we grew up drinking it and have some sort of weird connection to the brands.

Would you take a glass of water, add 10 teaspoons of sugar, some fizz, and acid to it and drink it? Then why would you drink Coke?!

Most juice is not much better. 100% juice is permissible, but only on rare occasions. It may be more “natural” than soda, but it is still loaded with sugar.

Fried foods are loaded with all kinds of bad fats and sugar that can lead to weight gain, diabetes, and other nasty stuff. And if you have to fry it to make it edible, what does that say about what you’ve fried?

8. If it Can’t be Grown Naturally, it Shouldn’t be Eaten

How many times have you picked up some packaged “food”, and you can’t pronounce or have never seen half of the ingredients?

Real food does not come from a chemical lab. It grows from the earth, sun, and water.

Your Wonder Bread contains “azodicarboxamide”, you say? Well, I don’t know too many gardeners who can formulate a chemical compound with the molecular formula C2H4O2N4 in their backyard. They shouldn’t eat it, and neither should you. 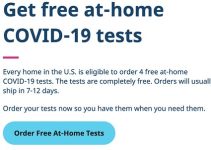 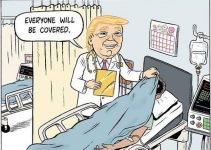 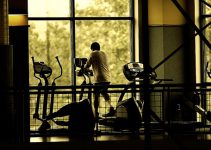